The Bonito Active MD300DX dipole aerial, looking at its technical specifications and capabilities, and assessing its performance, with regard to the vital signal-to-noise ratio value. Active aerials are small wonders – quite literally. They consist of a passive part – the actual aerial, catching the waves out of the air by transforming the electromagnetic field into voltage and current – and some electronics for impedance-matching to 50 Ω and amplification.

The passive part can be very small, like the 45 x 30 mm in Roloef Bakker's (PA0RDT) game-changing Mini-Whip. Despite its small dimension, it provides a great performance. This can be heard over the Twente-SDR where it sits right on top of a steel-concrete building, 20m up in the air.

Good grounding surely has to be one of the secrets of making this small aerial into a great performer. Of course, aerials like this one can only be used for receiving, not transmitting.

Keeping the SNR in Mind

An active aerial is no magic, just pure physics. It focuses on the Signal-to-Noise Ratio (SNR), rather than pure signal strength. So, it answers the question of: “How sensitive must an aerial be to receive just the ambient noise?” This marks the lower limit of aerials with non-directional characteristics.

The concept was developed in the early 1930s, but only 30 years later electronic elements were at hand to build up real, well-performing active aerials. In the 1980s, these trickled down to the hobby scene. Here, at first, these aerials acquired a bad reputation because they built up great expectations using just cheap electronic components with a dynamic range that was often much too low. Working with receivers, which also had a low dynamic range, this multiplied the problem.

Everything changed with the active aerials by Wellbrook, Datong and RF-Systems (DX-One). Wellbrook aerials, in particular, continue to be a popular maker, providing an excellent range of powerful aerials.

Most active aerials are space-saving rod aerials or modules for smaller to larger loops with low-noise characteristics. The last active dipole aerial produced so far came from Datong (the AD-370) some 30 years ago. Last year, Rudolf Ille re-activated this type of aerial. It is now offered as the MegaDipol MD300DX in the UK by Moonraker and Martin Lynch & Sons, or directly from Bonito in Germany, at prices of around £360.

The aerial consists of some electronics with an exceptionally high IP3 of more than +30dBm, housed in a small, waterproof box (Fig. 1). Two cables of stainless steel, each 2.5-meter-long, are connected to this box by thumbscrews. “Their dimension can be reduced for receivers with a lower dynamic range or, in exceptional cases, in quiet situations and for good receivers - a doubling the length corresponds to a level increase of about 6 dB”, says Rudolf Ille, who also developed professional receivers, like the DiRaWave 032, in addition to other electronic components. 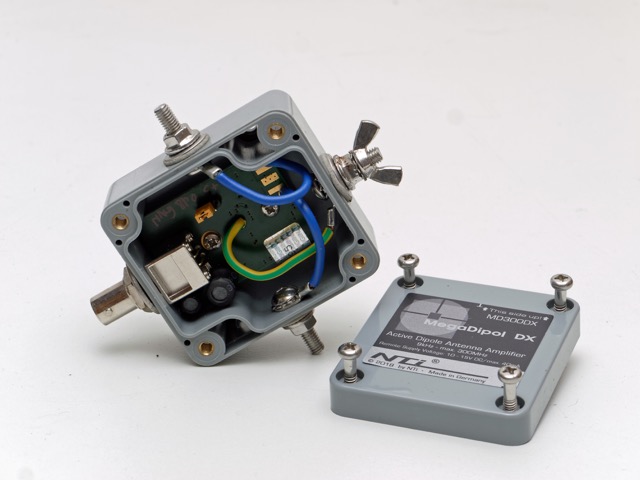 Fig.1: The MD300DX with BNC socket and connections for dipole elements as well as for ground.

The aerial can be put up in many different ways – as a horizontal dipole, in V-shape, as a sloper or vertically, which results in a non-directional characteristic and has proven particularly useful. Moreover, if you bend the upper or lower dipole load 180° parallel to the ground, it becomes possible to effectively suppress local interference (Fig. 2). 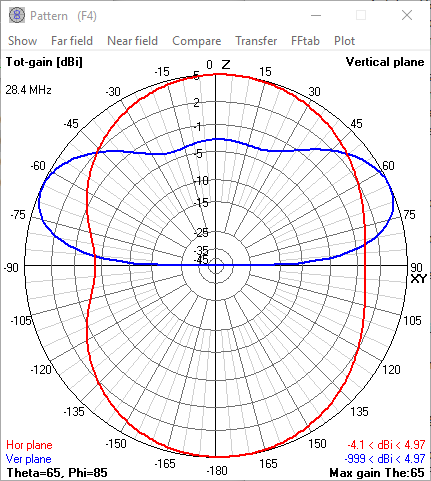 In contrast to other vertical models, this aerial is symmetrical, like a loop. This eliminates the usual problems of cable resonance and coupling of interfering signals through the outer conductor of the coaxial cable.

The most advantageous mounting can only occur as far as possible outside any domestic electrical noise.

Connect the dipole to the receiver via a good coaxial cable, which also carries the power supply of usually 9 to 12 V DC (40 mA). For mobile applications, the power supply may also be fed via USB with 5V only. However, in this case, IP2 and IP3 are reduced by 3 to 5dB, which results in a dynamic range that ought to still be more than enough in almost all cases.

In terms of frequency, the aerial covers 9kHz to 300MHz. Keep in mind, however, that this range may be full of strong local and DX-signals. This can add up to a sum voltage, which may exceed the linearity of cheaper receivers. Even if the gain can be changed from 0dB to +3dB by means of an internal jumper, it should at first be left at 0dB

Quad Loop v. Dipole With The Elad FDM-2 and Software

For years, I have been DXing with a quad loop of about 20m circumference. This can also make a good aerial for ham radio. Given my somewhat restricted space, this proved an excellent performer from VLF to 30 MHz. But now, I wanted to find out whether the MegaDipol would match, or even outperform, my loop.

Since a comparison of just a few individual HF channels – whose levels can fluctuate within seconds by more than 30 dB – can say little about the performance of an aerial, I developed an alternative method, using my Elad FDM-S2 and Simon Brown’s V3 software:

I recorded all levels between 0 and 25MHz five times in succession with both aerials at intervals of no more than a few tens of seconds. These (2 x 50,000) signal strength values ​​were graphically displayed for an initial inspection and then averaged to approximately 2 x 2,000 values​ (Fig. 3).

Fig. 3: The average absolute level values of both aerials summarized, for a direct comparison.

The results showed a consistently lower noise level on the MD300DX. Since all values ​​are numerical, you can zoom in on the display with its resolution of around 2.5kHz / bandwidth and 0.1dB / level anywhere.

This can deliver an excellent indication of the Signal-to-Noise Ratio because the SNR is crucial for any good reception. Take just one example (Figs.  4 and 5): I compared both aerials receiving CRI Urumchi /China on 17570kHz. As in other cases, the MD300DX came out better; it yielded an SNR that was nearly 7dB better.

By means of this method – which measured objectively at the RF level – neither subjective judgments nor the effects of AGC characteristics and demodulation and audio levels could creep into the aerial performance assessment. The high temporal resolution of the measuring method (about 3ms) also makes other effects visible; in this case, the dynamic carrier modulation of today's broadcasting stations.

Finally, using the AirSpy HF + and the free software program SDR# (‘SDR Sharp’, Module: SpectrumSpy), let us take a look at the range above 30MHz. Fig. 6 shows a spectrogram from 25 to 525MHz on my reference aerial, the ‘legendary’ (and long-since discontinued) Dressler ARA2000.

Fig. 7 displays the same situation on the MD300DX. The latter offers a slightly better SNR below its specification limit of 300MHz.

However, the Airband and the 2m Amateur Radio Band can still be received very well.

I hope that I have been able to demonstrate that a combination of real-life measurements with statistical methods produces meaningful results, even with minimal financial outlay. By the way, calculations and graphs can be made with almost any spreadsheet software. I used QtiPlot, a moderately-priced professional version of free SciDAVis. Both programs, in contrast to Excel, can cope fast with 50,000+ lines of data at a time.

Summary: Given limited space, an active loop aerial is the best choice for short wave listeners under today's conditions of increasing local electrical noise. In more quiet places, however, a (vertical) dipole can fully exploit its advantage of a higher SNR. This is especially true with low-noise portable operation in the middle of nowhere. All aerials should be located as far away as possible from domestic and surrounding noise, like electric fences, and must be connected to the receiver by means of a high-quality coaxial cable. Symmetrical aerials, such as dipoles or loops, absorb hardly any interference via the outer jacket of the coaxial cable.
Thanks to broadband adaptation and amplification, active aerials provide high sum voltages at their output; not every receiver can handle these. The remedy is to first reduce the amplification of the aerial (e.g. by cutting the dipole arms into half) and then limiting that of the receiver. Conversely, with a high-quality professional receiver, you can increase the SNR by extending aerial elements.