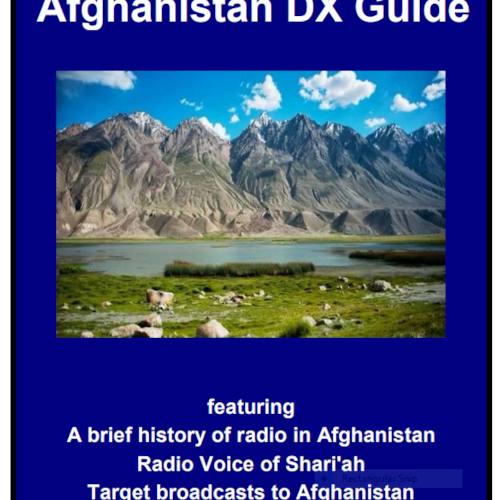 Compiled by Tony Rogers, the guide also includes broadcasters targeting Afghanistan, as well as stations inside the country on SW and MW, plus a brief history of radio in Afghanistan.

"The new station is a sister operation to London-based Iranian International TV. Afghanistan International TV explained that it was due to launch on 21 September, but this was brought forward to 15 August because of the situation on the ground. The TV is currently on air 9 hours a day, but its radio broadcasts on 7600 kHz are 24/7.

Radio enthusiasts say they have tracked down Afghanistan International's radio broadcasts as coming from hired shortwave transmitters in Armenia [Gavar] and Uzbekistan [Tashkent]."

One frequency in use was reported to have been 7600kHz.