David Harris reviews a substantial new resource on the subject of radio in Ireland, covering its early history, the activities of rebels and pirate stations, public broadcasters, and the more recent commercial stations. 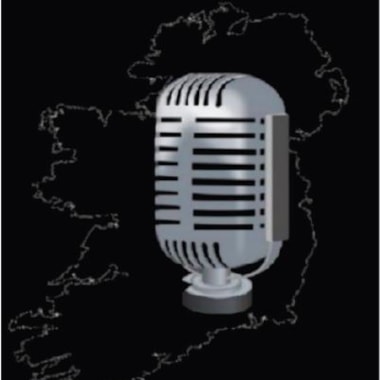 The book under review this month is a timely addition to the literature on the radio scene in Ireland. The title is divided into somewhat uneven chapters, each of which is covering roughly a decade of the 20th Century. Legal public broadcasting in the Republic of Ireland did not begin until 1926 when 2RN (later Radio Athlone, Radio Eireann and Raidió Teilifís Éireann, RTÉ) started up. RTÉ TV did not begin until 1961. The author shows how pirates and clandestine stations played an important part in Ireland’s broadcasting history. The book begins with a ‘prehistory’ of Irish radio in the 19th Century, examining the telecommunication cables that linked Ireland with the UK and USA. As is well known, Guglielmo Marconi (1874-1937) carried out experimental broadcasts between Ballycastle and Rathlin Island in 1898. The extensive first chapter of this title is devoted to the Easter Uprising of 1916, and to the part played by rebel radio communications. On 25 April 1916, the clandestine Radio Oglaigh na hEireann sent out a Morse code transmission declaring the formation of the Irish Republic. The Easter Uprising was brutally repressed by the British; however, by 1922, Ireland had been partitioned, and the Irish Free State had been founded. Chapter two takes us into the 1920s and analyses the birth of legal state broadcasting. In 1924, 2BE Belfast started broadcasting. Radio was slow to take off since only Dublin benefited from mains electricity. Moreover, radio receivers were very expensive, having to be imported from the UK. Bohan makes the point that radio may have helped to liberate what was a poor, uneducated, populace because it reached into every household. As early as 1932, Radio Athlone had started transmitting a 100kW MW signal from the centre of Ireland. The radio service was funded by both licence fee and advertising. In 1936, pirate stations started up in Cork and Limerick, beginning a tradition of illegal broadcasting which continues to the present day in Ireland. By 1939, 166,275 radio licences were held in Ireland. During the Second World War, the Republic of Ireland remained neutral, and the IRA – who had opposed the settlement that led to the partitioning of Ireland – started broadcasting. It appears that official help was given by the British to the Irish government to help them detect illegal IRA broadcasts. These pirate stations were tracked down, and two of their operators died while on hunger strike. During the 1939-45 War, Ireland began a short wave radio service and was herself subjected to propaganda broadcasts from Nazi Germany, in both Gaelic and English. Towards the end of the War, an American Forces Station (AFN) was established in Derry/Londonderry. R Éireann synchronised its transmitters in Athlone, Cork and Dublin on a common frequency, to prevent them being used by German aircraft for navigational purposes. The 1950s saw BBC TV start in Northern
Ireland (in 1953). Commercial television came to the North in 1959 with Ulster TV. In the 1960s, Ireland played a big part in the offshore radio revolution. Ronan O’Rahilly was an Irish businessman who used his family-owned port of Greenore to fit out a ship, which would become the first Radio Caroline. The late 1960s also brought some land-based pirate stations, broadcasting on Sundays. A decade later, in the 1970s, RTÉ began experimenting with community broadcasting. At that time, the station ran short-term stations in rural areas for up to one week at a time. At around the same time, the Irish ‘pirate radio explosion’ really commenced; stations such as Bid D Radio, Boyneside, Breffni, Ennis Local and Limerick Broadcasting could be heard on medium wave. A Gaelic radio station, RTÉ Radio Na Gaeltachta, began in 1972. The 1980s were the era of the ‘super-pirates’. These were larger, professionally- run, outfits. They were able to broadcast, due to legal loopholes and the general political instability of the government. Sunshine Radio and Radio Nova International were two of the big names in pirate radio circles of this era. Despite RTÉ inaugurating RTÉ 2 as a ‘youth-station’ in 1979, the pirates were able to hold a bigger share of the youth audience. It was not until 1989 that new laws were enacted to make pirate stations illegal and to enable more franchises to be awarded to commercial radio stations. There were around 350 different pirate stations operating in Ireland in the 1980s, and full details of all of them are included in this book. In 1989, Atlantic 252, a pop music station broadcasting to the UK was set up as a legal broadcaster by RTÉ and RTL. Atlantic struggled on until 2001 when it briefly became a sports station (Teamtalk) before being taken over by RTÉ. The final chapter of the text takes us into the 1990s when we see a consolidation of commercial stations. This is a substantial resource, which will be essential to anyone with an interest in Irish radio. It can be recommended for both radio enthusiasts and those interested in wider radio history.