David Harris examines a captivating collection of essays covering the social and political roles of radio broadcasting and of alternative channels of information in the Cold War, in both Western and Eastern Europe. 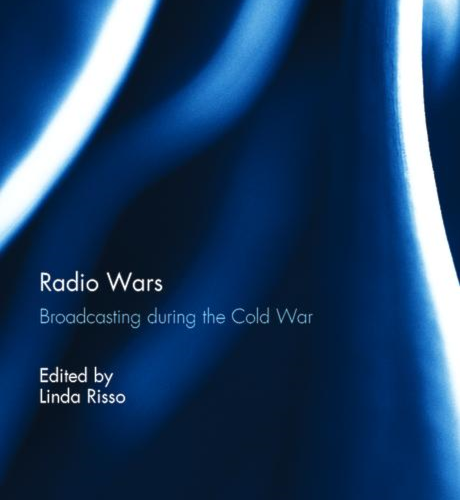 The book comprises of seven separate essays by leading analysts from British and German universities. The volume’s focus is on broadcasts aimed at Eastern Europe and the Soviet Union during the Cold War.

One of the key challenges in trying to evaluate the broadcasts of such stations as the Voice of America (VOA), Radio Free Europe (RFE), Radio Liberty (RL) and the BBC is whether they actually helped to bring the Cold War to an end. This is a complex issue because it is hard to assess the impact of the broadcasts and to estimate the number of listeners.

In her introduction, Linda Risso asserts that up to one-third of urban Soviet citizens listened to foreign broadcasts and that half of all adults tuned in to the West.

In another chapter, Hilary Footitt surveys the BBC’s broadcasts to France in the period immediately after World War Two. There was support for communism in France during this period and the BBC had to tread a fine line between anti-communist propaganda and its normal role of broadcasting positive messages about the UK. The Corporation was very reliant on staff at various missions around France to provide feedback on broadcasts.

There was a lot of debate about whether content should be written by English writers and translated or whether broadcasts ought to be crafted by French writers, with a better understanding of life in France.

In a separate section of the book, Simona Tobia discusses post-war Italy, where there was a very strong Communist Party. The VOA did broadcast to Italy from 1945 to 1957 and, eventually, it decided to provide programmes in Italian for transmission by state broadcaster RAI. The BBC also supplied Italian-language programmes about the UK and gave advice on the foundation of the Italian television service in 1954.

RFE and Radio Liberty are scrutinised by Friederike Kind-Kovacs. RL targeted the USSR and RFE focused on Czechoslovakia, Hungary, Poland, Romania and Bulgaria. These stations were presented as ‘independent’ from US government control.

However, in 1971 it was revealed that the main funder had, in fact, been the CIA.

Both RFE and Radio Liberty recognised the importance of cultural content in their broadcasts. Listeners behind the Iron Curtain did not want to hear anti-communist propaganda. Instead, they were keen to be offered discussions about art and literature, particularly works by dissidents such as Aleksandr Solzhenitsyn.

The chapter I found the most interesting is by Alban Webb who went on to write London Calling, the story of the BBC during the Cold War (See my review in RadioUser, August 2015: 52).

Webb investigates external broadcasting to Hungary and the Hungarian Uprising of 1956, in which 2,700 people died. Previous writing on this event led to claims that Western broadcasters had encouraged it and that the West would intervene. Webb looks at surveys of Hungarian refugees who fled after the Uprising. He finds that large numbers of them listened to the VOA, the BBC and to RFE. He finds, however, that conditions inside Hungary, rather than foreign intervention, were to blame for sparking the protest and that broadcasts after the Uprising were, generally, much more measured and restrained in tone.

The situation in the German Democratic Republic (‘GDR’, East Germany) was different in that its citizens could – and did – easily tune into domestic stations in West Germany if they wanted an alternative view from what was broadcast by East German media. The VOA and the BBC had German services but RFE and Radio Liberty did not target Germany. Christopher Cassen looks at letters written by East Germans to their own media. In these, they complain about bugbears such as too many political talks and too much classical music.

As in most countries. people just wanted to listen to popular music. Many East Germans also tuned to Radio Luxemburg whose strong long wave signal was then heard throughout most of Europe.

In the final chapter, Patrick Major looks at the BBC’s German Service, inaugurated in 1938, in order to combat the rise of Nazism. Separate programmes to East Germany were broadcast until 1973 and the German Service finally ended in 1999.

The BBC received many letters from East Germans, in which people wrote about shortages, a sense of ‘abandonment’ by the West, anti-communism and the wish of some socialists to pursue a ‘third way’ (Der Dritte Weg), different from Stalinism.

BBC discussion programmes also gave East Germans a form of ‘ethereal democracy’, in that their (anonymous) views could be openly discussed in a way that was not possible in their own media.

In conclusion, Radio Wars is a fascinating collection of articles about the role of foreign propaganda broadcasts to both Western and Eastern Europe. This subject is clearly one which deserves a wider audience.

If you enjoyed reading London Calling by Alban Webb (RadioUser, August 2015: 52) and Russia in the Microphone Age by Stephen Lovell (RadioUser May 2016: 38), you will find this volume of interest.