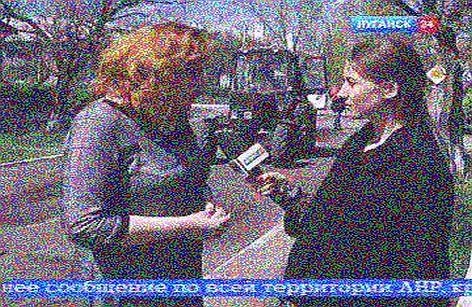 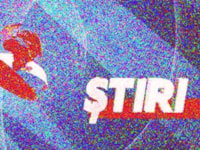 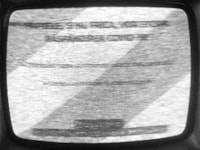 The 2020 Sporadic-E season is proving to be an outstanding and encouraging event. Many Band I analogue transmitters have already been received with some new services noticed.

Russia, Ukraine and Moldova have all been identified and the latter country is to introduce a new service, TVR Moldova, which will operate on channel R1 (49.75MHz).

Another service already in operation on R2 (59.75MHz) is Primul în Moldova.

Moldova should have ceased transmitting analogue in March 2020, but some transmitters are remaining on-air, probably due to the Coronavirus restrictions and cost. In Moldova (at the time of writing this column in July), the following transmitters are still operating: Channel R2 (M1) Mindrestii Noi 30kW; R2 (Primul în Moldova) Cimișlia 12.3kW ERP; and R3 (M1) Straseni (Străşeni) 150kW.

On May 5th at 0845UTC, Niels van der Linden (Épinal, France) successfully identified Lugansk, Ukraine, (50kW ERP) on channel R3 (77.25MHz) in SECAM colour. The transmitter was airing the Lugansk24 news programme (Fig. 1). It was received again on the 14th.

On May 10th, Primul în Moldova on R2 from Cimișlia (12.3kW ERP) appeared with the news (ȘTIRI) at 0900 (Fig. 2). The quality of the vision was surprisingly good and free of co-channel interference.

On May 9th between 0735 and 0825, Gösta van der Linden (Rotterdam) identified Telekanal YU (Russia) on R2. This was from Rostov/Don, according to the most recent channel listings. Weak unidentified signals were also present on R1. On May 11th, both Gösta and Niels received 1+1 (Ukraine) on R1 from Kramatorsk (90kW ERP).

Shaun O’Sullivan (Bristol) received it on the 20th at 1042, and Niels received it again on the 29th.

On the same day at 1105, Tom Crane (Hawkwell) detected a scanner-level R2 carrier.

During an intense opening on May 22nd, Chris Howles identified OIRT FM stations in Belarus from 11 different transmitter sites.

The 29th was a remarkable day for intense and prolonged Sporadic-E activity. Simon Hockenhull (Bristol) comments: “At times, the FM band was just one big messy pile-up of stations from North Africa and southern Europe. It was fun though!”

The m.u.f. (maximum useable frequency) reached the 2-metre band (144MHz) for extended periods. Algeria is still transmitting analogue in Band III, so it pays to keep an eye open if there is a 2m path to the south. All Moroccan Band III transmitters are now defunct. In Derby, between 2000 and 2030, there were at least two transatlantic video carriers on A2 (55.25MHz) and one on A3 (61.25MHz), both at scanner-level.

At around the same time, Tim Bucknall (Congleton) received a video carrier on A5 (77.25MHz), tentatively logged as emanating from the Caribbean region.

On the 31st, from1542, Tim detected several R3 video carriers including Ukraine and the sound carrier of Moldova’s M1 service. At 1830, Tom Crane identified M1 (Moldova) on R2 showing an outdoor Russian Orthodox church service with social distancing. There was audio, and a logo showed #StaiAcasă (Stay at Home).

Both Chris Howles and Tim Bucknall have submitted outstanding Sporadic-E logs for both May and June with most European countries being featured. Several Albanian transmitters were logged by Chris on May 31st between 1451 and 1538.

During a tropospheric lift on May 30th from 0958, George Garden (Stonehaven, Scotland) captured Norwegian DAB on channel 12D (RIKS 1) and 13F (NRK Reg 3 Sorog 2). A signal on 12C was received, tentatively logged as Norway, but it lacked multiplex details.

On June 6th, Chris Howles encountered double-hop Sporadic-E on 69.59MHz from Radio Rossli (Ulan-Khol, Russia). This is in the Republic of Kalmykia, at a distance of 3,564km. Another OIRT FM station on the 24th was Radio M on 68.36MHz from the Odessa region of Ukraine.

In Thailand, Paul Davies has observed unidentified video carriers on E2 (48.25MHz) and E4 (62.25MHz), the latter during a 6-metre opening into eastern Europe on the 18th. Other Band I notables include China and the Philippines.

You can also contact us at the e-mail addresses shown at the top of this column.