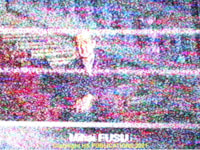 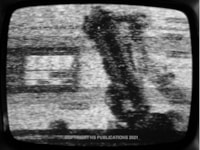 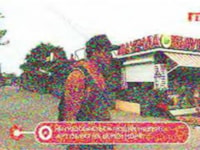 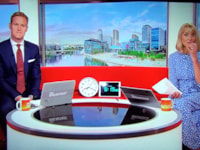 The excellent Sporadic-E reception conditions continued into July 2021, with analogue TV signals observed on no fewer than 16 days. Moldova (M1) on channel R2 (measured frequency of 59.239MHz) from Mindrestii Noi (30kW ERP) featured the most, possibly because of the optimum skip distance. However, in Europe, stations further afield were also identified.

On the following morning, at 0938 on R2 and R3, a small round logo in the top-left of the M1 picture was noticed, in addition to its normal boxed ‘1’ in the top-right. During the afternoon, unidentified images were seen on R2.

Gösta van der Linden (Rotterdam, Netherlands) logged signals on channels R1(49.75MHz), R2 and R3, mostly Moldova, plus many OIRT FM transmitters. There were many memorable catches for Niels van der Linden and his sons in Épinal, France. On the 9th, an unknown channel R4 (85.25MHz) transmitter was detected and Niels suggests it could be a station operating in the eastern part of Ukraine because other analogue TV transmitters are operating there. On the 11th, during the early afternoon, Russia (HTB/NTV) was encountered on R3 from Rostov-on-Don (75kW ERP). The 14th was particularly active during the late morning with ‘1+1’ (Ukraine) on R1 from Kramatorsk. ‘Primul în Moldova’ on R2 from Cimișlia (12.5kW) was also noted. A ‘new’ station in Ukraine (IT-3) on R3 from Chornomorsk (70kW) was seen. Chornomorsk (formerly Illichivsk) is a city in the Odessa oblast.

In Europe, Canadian analogue stations were seen more than once during the month as well as pilot tones detected from USA digital TV channels.

FM signals were around for much of the day on the 3rd. Between 0700 and 1900, Chris Howles identified Bosnia & Herzegovina, Slovenia, Croatia, Germany, Italy, Tunisia, France, Morocco, Slovakia, Portugal, Estonia, Sweden, Latvia, Russia, Finland, Poland, and Moldova. Between 1400 and 1930, OIRT FM stations in Moldova, Belarus and Ukraine were heard.

On July 7th, Tim Bucknall took advantage of an opening, which produced mainly Morocco, Spain and Portugal throughout the day. Of note were the Azores (87.70 RTP Antena 3, from Pico da Barrosa at 1019) and Iceland (90.30 RÚV Rás 1, tentatively logged as originating from Almannaskarð, at 2237).

Another notable day was the 8th. Stephen Michie (Bristol) queries a station coming in at 2013, on 88.4MHz with ‘M’ RDS when German and Italian stations were around at the time. On the 11th at 1756, the Polish station ‘Radio Maryja’ was heard on 88.0MHz, also a German outlet on 87.6MHz. Italy and Spain were heard on the 12th with RNE (Spain) on 87.5MHz and an unidentified Italian station on 88.10MHz, two possible candidates being Radio Radicale (Monte Argentario) or Radio Manà Manà (Rocca di Papa/Monte Cavo). At 1000 on the 14th, a short-lived Italian station emerged on 88.7MHz.

A tropospheric lift on the 12th produced the Sandy Heath BBCA multiplex on D27 for Stephen Michie in Bristol. It was received again on the 14th, but ITV pictures on D23 suggest that these may have originated from Crystal Palace. Tom Crane comments that compared to last year, tropo reception has been very poor this summer. During the early hours of the 19th and 22nd, French northern coastal signals were received, as well as programmes from Belgium.

Chris Howles identified many FM transmitters located in Denmark and Germany on the 15th and again the following day with the addition of the Netherlands and Belgium.

The UK in Chaos!

On the morning of Tuesday, July 20th, 2021, according to numerous newspaper reports, the United Kingdom was plunged into chaos when the BBC Breakfast Clock packed in. On-screen graphics such as place locations at the top of news items were also missing. Out of sheer desperation to ensure that nobody would have an excuse for being late for work that morning, presenter Dan Walker placed a wall clock on the red sofa for viewers to see, although it wobbled around (the clock, not the sofa)!

Our thanks to all our readers and DX colleagues who have submitted reports for this month. Due to the large amount of DX, we’ve had to pick the best reports, but keep them rolling in and please submit them by August 31st at the latest!

All photographs (except Fig. 4): Keith Hamer and Garry Smith.