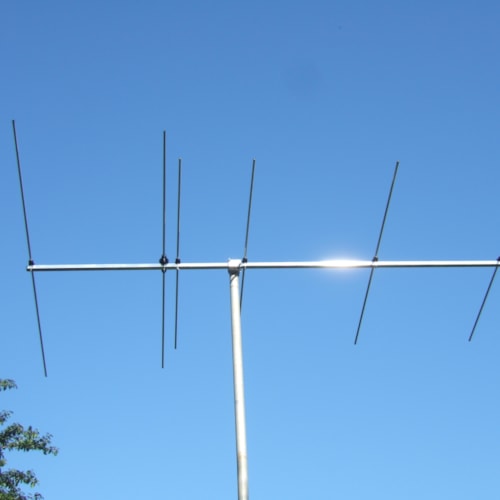 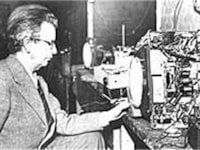 DXTV Listings from February to April 2020

During a tropospheric opening on February 6th, George Garden (Gourdon, Aberdeenshire) identified DAB reception from Éire on channel 12C (MUX 1) from Clermont Carn (Carnán Mhaighréid Náir). The short-duration reception was captured during a manual scan on his Roberts Vintage receiver. Also received was 3FM on 106.60MHz (250W) from Snaefell (Isle of Man). Another ‘first’ was BBC Radio Leicester on 104.90MHz (8kW) from Copt Oak. In the early hours of the 7th, Simon Hockenhull (Bristol) discovered FM signals from Crystal Palace, Croydon, and Lille (France). A good indicator of improving conditions used to be Absolute Radio on 105.80MHz from Crystal Palace but a new community radio station, KTCR, based at Keynsham, a stone’s throw away from Simon, now blots it out. A new catch was BBC Radio Wales on 91.10MHz from Llangollen which probably went unnoticed in the past when it broadcast BBC Radio 3. Sporadic-E activity occurred on the 11th from 1305UTC. Tim Bucknall (Congleton, Cheshire) heard Switzerland on 87.80MHz and tentatively logged it as RTS La Première from Castel San Pietro/Caviano in the Ticino. At 1308, an unidentified French station on 87.60MHz emerged. Another French station was tentatively logged as Radio STAR on 87.80MHz from Orange/Cabrières. Tim is using a new six-element aerial optimised for the 76MHz to 94MHz part of the VHF spectrum which includes OIRT TV channels R3 (77.25MHz), R4 (85.25MHz) and R5 (93.25MHz) plus the lower channels of the ‘normal’ FM band. Tim feels that this range of frequencies will provide the main interest for DXers these days during Sporadic-E openings. Tim can change polarisation by using a second rotator to turn the boom. The aerial (specially constructed by HS Publications) is shown under test in Derby, before delivery at Tim’s location in Congleton (Fig. 4).

During a tropospheric lift on March 2nd between 1855 and 1925, Niels van der Linden (Épinal, France) identified DVB-T2/HEVC transmissions from Bavaria (Germany) and the Czech Republic. The reception of channel D49 (MUX1-C) from České Budějovice/Klet (100kW) was eventful as it was one of the last remaining DVB-T transmitters operating in the Czech Republic. On the 19th, the transmitter converted to DVB-T2/HEVC carrying the new ‘T2-MUX-21’ multiplex. On the 21st, Simon Hockenhull (Bristol) noticed that several local and semi-local FM stations seemed to be de-sensitised by a high level of noise. Stephen Michie (Bristol) also discovered that the band displayed the same characteristics on the 26th, despite digital TV signals arriving from Sandy Heath on D24 and D27. Sporadic-E from 1625 on the 24th produced several Spanish and Portuguese FM stations for Tim Bucknall. Tim has noticed that early morning weak-signal reception from distant transmitters such as Wendelstein (Germany) on 89.50MHz have vanished since the reduction in air traffic during the coronavirus lockdown. It will be interesting to see whether the change in pollution levels have any real impact on tropospheric propagation. On the 25th, between 1025 and 1335, Gösta van der Linden (Rotterdam) identified Denmark on D37 from Aabenraa (50kW) and Germany on D29 (ARD-NDR HD) from Steinkimmen (79kW).

On April 3rd at 1030UTC (1730, local time), Paul Davies (Thailand) intercepted extraordinarily strong but distorted, video via Sporadic-E on channel R1 (49.75MHz). Shortly after, an unmodulated carrier was detected on 48.250MHz, peaking at S7 on his Yaesu FT950 receiver before fading at 1815. Assuming it was a genuine channel E2 carrier, its source is a mystery as all outlets have officially closed throughout Malaysia and Thailand.

By the time you read this column, Sporadic-E activity should be in full swing. Do not forget to peruse websites such as DXMaps and TVList-FMList to check for active propagation paths. Have fun!