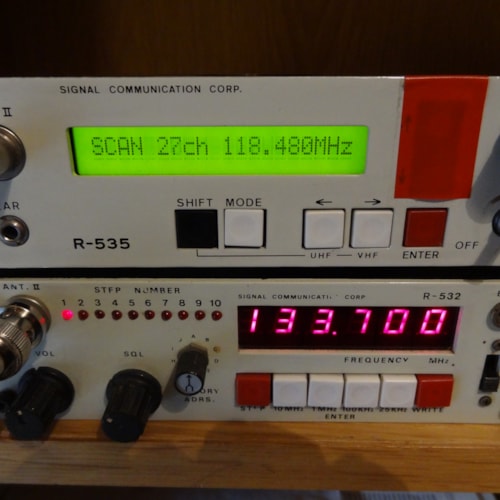 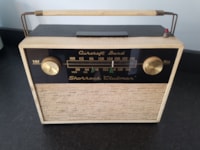 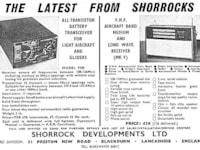 In his Airband News column for the January 2021 edition of RadioUser, David Smith recommends - among other things - a great new online resource: Vintage Airband Radio is a fascinating new website dedicated to the airband radios that began to come on the market in the late 1950s and early 1960s. Notable were those from Shorrock Developments Ltd. in Blackburn, Lancashire, which is believed to have been the first company in the UK to produce and sell airband radios.

These radios were marketed originally as an emergency receiver for light aircraft and glider pilots, and to use by those with aviation interests, encouraged in small print in the advertisements. Airband coverage was limited to 109 - 131MHz (‘Megacycles’ in those days, of course), along with standard broadcasts on medium and long wavebands.

Other receivers soon appeared, including those made by Gauers, Nova-Tech, Volstatic and Park Air, most of which were well-known to enthusiasts of the time. Not so familiar - to me anyway - were sets by Lafayette, Juliette, Aiwa, and Sanyo.

All of these are described in some detail, with photographs, line drawings and contemporary adverts. The Webmaster writes that his site is very much a work in progress, and he welcomes any information for others to enjoy.