The World Heritage site radio station in Grimeton, Sweden will go on the air, with a special transmission on 17.2kHz on 1st May 2018. It is the world's last Anderson Alternator. 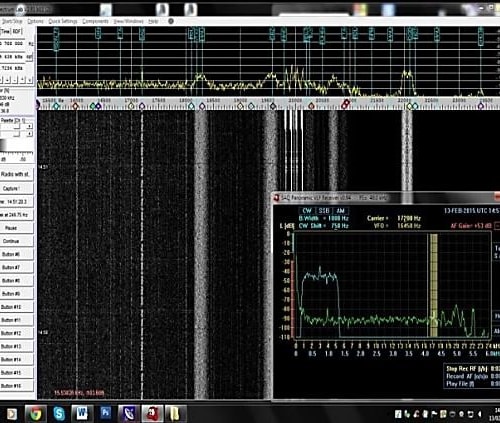 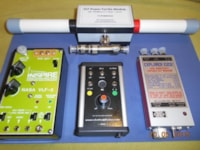 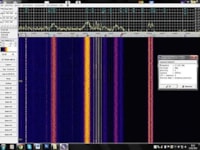 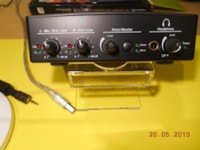 SAQ Grimeton is unique. It said to be the last transmitter in the world generating RF power without any electronic parts. No tubes, no semiconductors, transistors, no nothing; only an engine driving an AC Generator. Automated, dependable, machine transmitters like this were used at the beginning of the 20th Century to establish an early ‘global www of communications’. Between 1860 and 1930 many unemployed Swedes emigrated to the US, and Grimeton, built in 1924, became a ‘lifeline’ to the home country. Subsequently, the transmitter was put into service to communicate with submarines on VLF. It was decommissioned in 1995. However, in summer, the Alexanderson Alternator is open to the interested public in co-operation with the local Tourist Office at Varberg. The site became a UNESCO World Heritage site in 2004.

This vintage SAQ Alexanderson Alternator is running at high speeds, emitting up to 200kW. The apparatus is capable of generating frequencies between 14.5 and 17.5kHz. The transmitter was developed by Swedish engineer and radio pioneer Ernst F. W. Alexanderson, who worked for General Electric New York, and was also chief engineer at the Radio Corporation of America (RCA). Six 400-foot towers with 150-foot cross-arms support carry a multi-wire antenna for SAQ. The actual A-1 mode Morse code signal radiates from vertical wires, one from each of the towers. The station can easily be heard in Europe and the US.

Grimeton traditionally transmits on Christmas Eve each year, and sometimes on other occasions too, like Alexanderson Day (1 July). One of the more recent such occasions in 2015 was a transmission on World Radio Day (13 February). This event honours the first broadcasts of UN Radio in 1946, and in that year, Grimeton SAQ joined in with a transmission on its traditional frequency of 17.2kHz. The message was put together by over 200 citizens of Varberg town, via the ‘Varberg Calling for Peace’ initiative.

Many Amateur Radio Associations around the globe get in on the action, with special call signs and events. The Grimeton site’s Amateur Radio station SK6SAQ is sometimes on the air too, employing special event callsigns. The callsign 7S6WRD (= ‘World Radio Day’) has been used before. From 2016 onwards, the station has been mostly silent, on account of technical issues. However, on 1st May 2018, a new transmission has been scheduled. On that day, Grimeton Radio Station participates in the ERIH event WORK it OUT, which celebrates the 'European Year of Industrial Heritage'.

The transmitter start-up will begin at 11.30 (9.30 UTC) and the transmission will begin on 17,2kHz CW at 12.00 (10.00 UTC). You can also watch a live video stream of the event on the website of the Alexanderson Society. No QSL Cards will be given this time and no List of Reports will be constructed but the station will accept shorter Listeners’ reports by e-mail.

In the UK, RadioUser magazine will be listening and watching. We are hoping to take this opportunity, to remember the importance of the Industrial Revolution, which began in the UK, to promote global peace through radio and to test out VLF reception in the UK, using a special antenna, a range of (SDR) receivers just made for Grimeton and with a dedicated VLF receiver. The pictures show some screenshots from the last time the station was received in the UK, as well as some dedicated ELF and VLF receivers. You can receive Grimeton simply by using a soundcard and your PC.

The editor, Georg Wiessala, will report about this significant event in the radio calendar in one of the next issue of RadioUser.