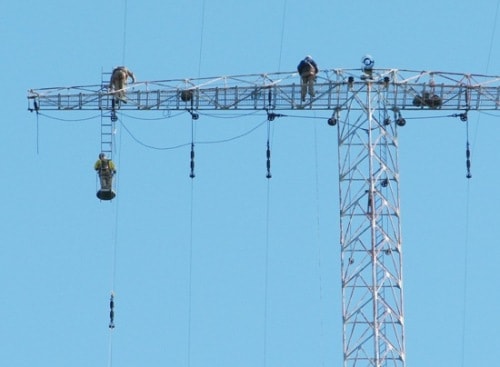 Two tall towers, about three times the height of the Qutub Minar, are likely to be erected at as-yet-undecided locations in the country for disseminating Indian Standard Time. The Indian National Physical Laboratory, an organisation charged with ensuring that Indian time stays accurate, has signed an agreement with IFR Information Dissemination Services (IFR) Ltd., which will set up the towers and employ long wave radio (LWR) technology, to deliver time services to a range of users, from phone companies to railway stations.

Customers will need a microchip that can be embedded into everything, from wall-clocks to servers. “Long range radio waves from the towers can be reliably transmitted even during major disasters. Other than time, information such as a tsunami warning or weather warnings can also be sent,” Pawan Kumar Kasera, director of the IFR, said at a press conference. IFR is affiliated to the Germany-based EFR GmbH, which provides long wave energy coordination services in Germany.

Accurate time data and energy consumption management are just two of the examples where long wave is still in regular use across Europe too. RadioUser magazine covers these and other ‘utility’ signals in its new Utility DXing column, which began earlier this year. We also have a regular column on Long, Medium and Short Wave Broadcasting Radio every month, written by a team of dedicated radio monitors and radio hobby enthusiasts. The picture shows the Long Wave transmitter mast at Kalundborg in Denmark.