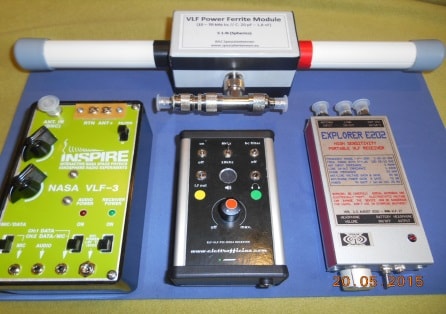 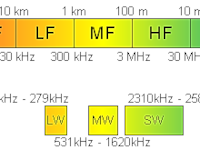 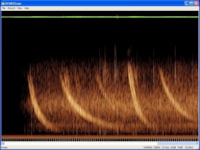 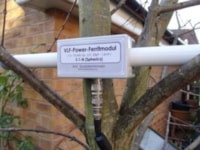 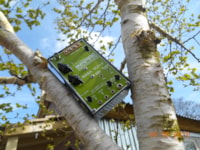 The term ‘radio’ may also mean that someone is listening, but no one is transmitting. In ELF ‘Nature-Radio’, the broad-spectrum cluster of emissions (sounds, signals) you will hear are pure energy, generated by atmospheric impulse radiation, global lightning activity, the Aurora, Ionosphere, solar activity and earth currents. Radiation from lightning, for instance, is omnidirectional, therefore the column or ‘lightning-channel’ acts as a huge TX aerial, radiating strong EM waves at around 10kHz or thereabouts.

These phenomena are made audible and imaged as ‘chorus’, ‘atmospherics’ (‘sferics’), ‘tweeks’, ‘whistlers’ and in many other forms. For some, they are simply ‘noise’; others study just these signals. In terms of propagation, the Earth-Ionosphere waveguide is the spherical cavity, in which these signals spread around the globe, with little attenuation, through sub-ionospheric propagation. Above 10kHz, man-made signals tend to predominate (‘Hum’, hyperbolic radio navigation system Loran-A, Loran-C, at 100kHz, and so on).

For the last two years, I have acquired a few small, hand-held, dedicated, VLF radios, designed for mobile use in the monitoring of those sounds. They are the EXPLORER E202 (ex-Sistel), the INSPIRE Project VLF Radio and the VLF receiver from Italian manufacturer ELETTROFICCINA.

Other receivers still available include the famous KIWA Earth Monitor, the American North Country VLF Receiver and the 2017-18 WR-3 Natural Radio Receiver (at around US$88) from ELF/VLF pioneer/ sound artist Stephen McGreevy. There are other choices, and many of you might prefer home-brew, of course.

In monitoring these fascinating, calming, sounds, you eventually reach a porous frontier between art and science. I am inspired by the marvellous book by Douglas Kahn, Earth Sound – Earth Signal. The author links electromagnetic waves from nature to both media and the arts. Kahn points out that these waves were heard a decade before Heinrich Rudolf Hertz (1857 to 1894) empirically proved their existence and two full decades before Guglielmo Marconi (1874 to 1937) was credited with inventing wireless telegraphy. Thomas Watson (1854 to 1934), assistant to Alexander Graham Bell (1847 to 1922), heard this ‘music of the spheres’ first when listening on a long metal line while working on the ‘new-fangled’ invention of the telephone – for which Bell, of course, became famous.

In more modern times, composers, such as Alvin Lucier (b. 1931) have been using natural radio in their experimental compositions – just listen to a sample of Lucien’s work Spherics: a sound installation and recordings of ionospheric disturbances, for large-loop antennas, tape recorder and playback system. You can also try VLF Aeriology by the Australian ‘cross-media artist’ Joyce Hinterding (b. 1958).

For antennas, I use a range of telescopic aerials, as well as my very own pièce d resistance, the BAZ magnetic ferrite bar LFM/5-50/24 from BAZ Spezialantennen in Germany. I have also stuck metal rods into trees and into the ground to find out what I could hear. You can also record these sounds with a software tool like SFS/RTGRAM, made for therapeutic speech-spectrogram displays, to make sonograms of Earth’s radio sounds.

Watch out for my next post about the Schumann Resonance.