Scott Caldwell pays tribute to the remarkable life of Vera Lynn by focusing on her radio work and her role during the Second World War – Arguably her Finest Hour. 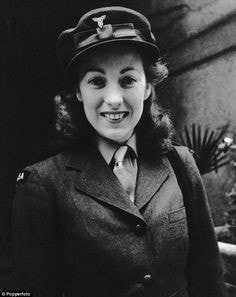 Vera Lynn: The Voice of Hope

The year 1940 was a bleak time for the British Empire: France, her main European ally, had been decisively defeated and overrun by Nazi Germany. The British Expeditionary Force (BEF) was now fighting for its very existence and retreating to the only free channel port at Dunkirk.
The British Broadcasting Corporation (BBC) attempted to unite the nation behind her armed forces and Dame Vera Lynn (CH DBE OStJ, 1917 - 2020, Fig. 1) became one of the leading proponents of its broadcasting campaign. It is inferred that the BBC’s wartime aim was, “to maintain national unity and to secure the nation’s morale”.
Vera Lynn was exposed to the influence of music from an incredibly early age, largely due to her family who were enthusiastic singers and performers. She recalled frequent participation in sing-along parties at home, visits to professional music halls, and active performances at Working Men’s Clubs. This experience was essential in developing her skills in delivering sincere and loving messages to armed forces personnel.

Her rise to national prominence was quite remarkable. By April 1940, Lynn had been voted as the BEF’s favourite singer, well ahead of Deanna Durbin, Judy Garland, and Bing Crosby. Soon the BBC was deluged with letters from servicemen requesting for her to sing their favourite song over the airwaves. To capitalise, on her popularity, she was given her own show, entitled Sincerely Yours.
This was broadcasted on Sunday evenings, directly after the nine o’clock news bulletin, a primetime slot. Lynn stated that Sincerely Yours was, “a letter to the men of the forces from their favourite star. News from home in words and music”. She recalled her unique style of presenting the programme: “Although we did the programme from a studio, I always tried to imagine myself singing and talking from my own home. Addressing myself not to an audience in the conventional sense, but scattered individuals – an intimate conversation, but to a couple of million people”.
She utilised her unique broadcasting qualities, a reassuring voice, sympathetic persona, and sentimental repertory. This is best exemplified by her broadcasts from hospitals and nursing homes that offered hope to the families of injured servicemen, especially when considering the isolated plight of servicemen from remote parts of the British Empire.
It is widely held that the Second World War transformed Lynn’s career from a top-ranked dance band singer to hybrid wartime icon. She received over 1,000 letters weekly, guarantying a second series, in addition to her touring schedule and filming commitments.
However, her sense of national duty forced a change to her schedule, enabling the production of a second series that ran in six parts from February to March 1942. Sincerely Yours was built around the presentation of Lynn as a nice girl, rather than a performer of sexy songs. Lynn recalled her role as a “believable girl-next-door, big sister, and universal fiancée”.
The wartime media soon picked up on this and dubbed her as the radio girlfriend that delivered comfort and love to the serving armed forces. Lynn closed every programme of Sincerely Yours with the song that has become synonymous with the struggles of war: We’ll Meet Again. This song was recently utilised by the Queen during her public address about the nation’s current struggle with the impact of the Coronavirus.

Communications and Crooner Bans
She also instructed her listeners to facilitate in more communications with their loved ones: “How often do you write home, and what sort of letters do you write? Here’s an idea: next time you write home to your wife, just for once, forget all about the grousey things. Write about the things that have cheered you up and made you smile. That will cheer her up enormously because her moods and her whole day’s happiness depends upon your letters and what they tell her about you. And when you’ve written that cheerful letter, just you notice how it’s cheered you up, too”.
Lynn readily acknowledged that radio was central to the success of her career (Fig. 2) and suggested that, “Live broadcasting over the BBC was for me the link, the point of my most intimate contact with the people”.
In 1944, Lynn joined the Entertainment National Service Association (ENSA) and continued her hectic touring schedule and spent the entire spring and summer performing for armed forces personnel stationed in Egypt, India, and Burma.
Dame Vera’s ‘unabashed sentimentalism’ featured heavily in her performances on Sincerely Yours and did receive some criticism, concerning what was seen as her ‘over-the-top emotiveness’, which was considered, by some, to conflict with the goal of maintaining discipline in the military and civilian sectors.
This kind of argument was then universally referred to as the ‘crooner ban’, representing a campaign to regulate broadcasts, subject to performers’ sexuality, gender, class, and emotional expression, for a nation that was engaged in total warfare.
However, the dominant view from the armed forces prevailed, and it was concluded that Sincerely Yours represented a welcome form of ‘escapism’ for a country that was entrenched in a long-term form of total war.
The entertainment industry also defended her presentation style. For example, a radio critic in Melody Maker concluded that “the bulk of requests sent in by soldiers of the Eighth Army to the Overseas Service were for sentimental tunes, with recordings by Miss Vera Lynn specifically and predominantly asked for”. 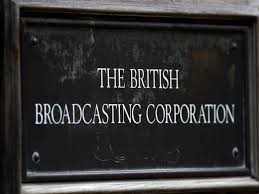 Lynn’s distinctive voice and national popularity made her a significant marketing asset and fair game for a variety of impersonators. In early 1945, she decided to act against impersonators who capitalised on her image in both variety acts and radio programming. The BBC supported her request by stipulating that impersonators obtained her consent before initiating her in their programming (Fig. 3).
After the Second World War, Dame Vera Lynn continued her long-term association with the BBC. In 1955, she began working on a television series, Vera Lynn Sings (1955- 1959). In later years, she regularly performed her inspiring wartime songs to popular public acclaim.
Her last live performance took place outside Buckingham Palace in 1995.

Conclusion
The early military setbacks created a great need for popular entertainment to boost the morale of both the armed forces and the civilian home front. Thankfully, the BBC had the foresight to utilise the unique personal talents of Vera Lynn and laid the foundations for peacetime popular entertainment, similar to what we all enjoy today.
Later on, in her 1975 autobiography, Lynn expressed almost an ambivalence about her close association to the war and her subsequent popular image. Britain’s spirit and will to continue the fight against Nazism was not broken by the more than 50 nights of continuous bombing during the Blitz, nor by the later V1 and V2 rockets, which were equally as terrifying.
Dame Vera Lynn was a beacon of hope.