Review of the Baofeng UV-5RC Plus 144/432MHz handheld transceiver

What you can expect from a dual-band handheld that costs less than £30. 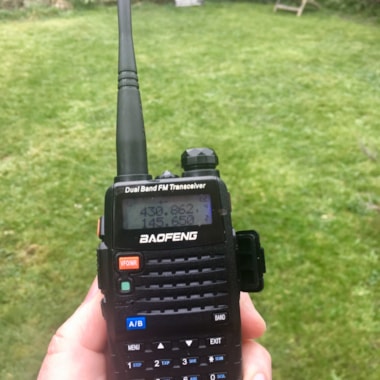 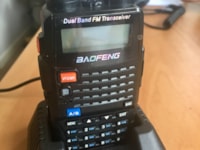 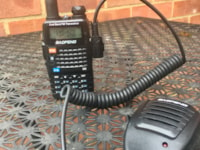 Chris Taylor G0WTZ asked us the other day if we’d like to have a look at the latest version of the ubiquitous UV-5RC transceiver from Baofeng. Since the transceiver was originally released there have been various versions, each with a few changes. What does the latest version bring to the table? We thought we’d take a look.

The key thing about this and other Baofeng products is the price. The UV-5RC Plus retails at £29.95 from Moonraker, delivered from the UK and coming with a two-year warranty. At that price, even if it were just a receiver, you’d probably consider it good value! But, of course, it’s a transceiver, with up to 4.5W output on 2m/70cm. The main features are summarised in the sidebar.

In some quarters, Baofeng is not popular and indeed, in the US now the rigs are actually illegal to use if they are capable of transmitting outside the amateur bands. But, although they are not the same quality as a handheld from the big three, they are, after all, a fraction of the price. So, is it worth having one in your shack?

First Impressions
The review model arrived from Moonraker, well packaged. The transceiver itself comes with a battery (1800mAh), antenna, charger and cradle (fitted with a UK plug), earpiece/microphone and instruction book. Chris had also supplied a speaker/microphone, a battery eliminator and a programming lead with the Baofeng software, which are optional extras.

Having used a UV-5 before, I fitted the battery and the antenna and switched on. The first thing to do was to switch off the keypad beep and the voice announcements, which I have to say I find annoying – but your mileage might vary!

Programming from the front panel is fairly straightforward once you get used to it, so I changed one of the VFOs to the frequency of the local 145MHz repeater, GB3RD, set the repeater shift and CTCSS tone and was pleased to find that I could access the repeater, from inside the house at a distance of 20 miles or so. Although it’s reasonably easy to do this, the best thing is to program up the memories with the channels you want to use, repeaters and simplex. You can do this from the front panel, if you are brave, but I have always used either the Baofeng programming software or the excellent CHIRP software on a PC.

The first challenge though, was getting the programming cable to work. Because most of the programming leads from the Far East use fake Prolific chips, if you use the latest Prolific drivers, the cable won’t work! I found an excellent article on how to deal with this (see URL below), which recommends using an earlier driver. I tried this and found that the cable worked – as did a cable for a Yaesu rig that used a genuine Prolific chip!
https://tinyurl.com/y5nruab7

Having got this working, I fired up CHIRP on my PC, having found out that the programming cable was operating as COM3, and did a quick download from the radio to the PC. This is the easiest method, I feel. Download the file from the radio, work on it on the PC and then push the file back to the radio. It’s probably worth saving a copy of the configuration on your PC as a backup. I quickly programmed up five or six memories with some local and not so local repeaters as well as 2m and 70cm FM calling channels.

Something that is specific to the UV-5RC Plus supplied by Moonraker is that it only covers the 2m and 70cm bands and you cannot program an out-of-band frequency. Should you wish to do that for any reason, it’s a simple matter of changing a couple of parameters in the configuration in CHIRP and you can then program a much wider range of frequencies – but Moonraker took the view that with a number of countries taking a tougher stance on what frequencies can be covered, they would supply the rig as an amateur bands only transceiver.

On the Air
The morning after I’d programmed up the rig, I was surprised to switch it on and find that the GB3UK repeater on the Cotswolds, some 40 miles away, was coming through well. I found I could just access it from inside the house but popping outside, Ken G0PPM reported that my signals were a bit scratchy but quite readable. Not bad at all.

Transmit audio from the UV-5RC Plus seemed quite acceptable although I found I had to talk the rig up a bit more than I would normally expect to. The Baofeng speaker/mike produced slightly more tinny audio on transmit, I found, but in situations where a speaker microphone is useful, it seemed acceptable. On receive, the audio had a slightly more bassy tone than the rig’s internal speaker, which I thought was quite pleasant. If you have any Kenwood handheld speaker microphones, you will be able to use them with the UV-5RC Plus.

The battery eliminator allows you to slip the battery out of the UV-5RC Plus, slide in the ‘fake battery’, which is connected to the power cable and ‘cigar lighter’ style plug to fit into a car’s accessory socket. Should you wish to listen to the rig in the car, this will save you worrying about the battery running down. The rig’s antenna socket is SMA-Male so you’ll need an SMA-Female adapter to your car’s mobile antenna if you’re using one.

At one point, I forgot the rig was scanning and fired up my 2m FT8 transmitter, running around 50W only a few metres from the UV-5RC Plus. To my surprise, the Baofeng receiver didn’t protest and kept working on both 2m and 70cm without any intermodulation issues being apparent.
The scan speed of the rig is relatively slow but is useful to keep an ear on the active channels around you.

Conclusion
It’s hard to argue against a dual-band handheld for under £30! The first dual-band handheld I ever owned was a Yaesu FT-470 and I’m pretty sure I paid around £400 for it. Some people complain that the Baofeng’s receiver is prone to intermodulation although I didn’t note any such issues during the review period. Others have found it hard to program from the front panel, which I think is fair. However, once you have sorted out the issue of the drivers for the programming lead, it’s easy to program from the computer.

As a handheld to go with you when you are walking the dog or walking on the hills, or even out in a small boat, you can’t go wrong. If you lose it or get it soaked, you will be annoyed but at least you will only be £30 out of pocket. It’s also a very simple and cost-efficient introduction to the world of VHF/UHF FM if you want to see what activity is like around you. You could do a lot worse than take a UV-5RC Plus up a local hill to see what you can hear, or have it scan the local repeaters and calling channels when you are at home.