An innovative indoor loop aerial by Cross Country Wireless, looking at its build and man features, and comparing its performance with some of his own reference aerials. Hello, this month I am going to change tack a little because Cross Country Wireless has kindly supplied me with one of their Indoor HF Active Loops for a review. Read on to find out more about this interesting aerial.

This Indoor HF Active Loop is one of a range of products available from Cross Country Wireless (CCW, Fig. 1). The loop has a broad frequency range of 20kHz to 70MHz, plus extended coverage, which takes operation up to 148MHz. The loop thus spans  VLF, LF, MW, HF, as well as the lower VHF bands.

The loop comes in a triangular form factor, measuring 1m across and 1m high. It is fixed on to an oak base for tabletop mounting, and this measures 300 x150mm. Fitted to this base, there is a low-noise, high dynamic range, RF amplifier, which is housed in a polycarbonate box (Fig. 1).

CCW states that "In addition to the excellent local noise rejection properties of the loop antenna, transformer isolation and common mode chokes help keep RF noise away from the antenna element."

The company also claims that, "The antenna can be quickly assembled and disassembled, to allow portable operation from temporary listening sites with compact storage and easy installation in areas with restricted access." The RF amplifier is fitted with a BNC female socket for the RF output port (Fig. 1).

The amp has RF over-power protection on both the input and the output. This allows the antenna to be used very close to transmit antennas (>2m) and to tolerate accidental connection of a transmitter to the RF output socket for a short period (150W for 30 seconds) without damage.

Power requirements are 12V, at typically 150mA, which is fed via a 2.1mm DC power socket (the centre pin is positive). CCW recommends that either a linear power supply or a battery be used.

Although no such claim appears to be made on CCW's website, loops provide directional capabilities.

Full-sized loops have maximum reception broadside on to the loop element.

When it comes to electrically small loops, such as this CCW model, maximum reception is 'end-on' to the loop element, the theoretical ideal of which can be seen in Fig 2. 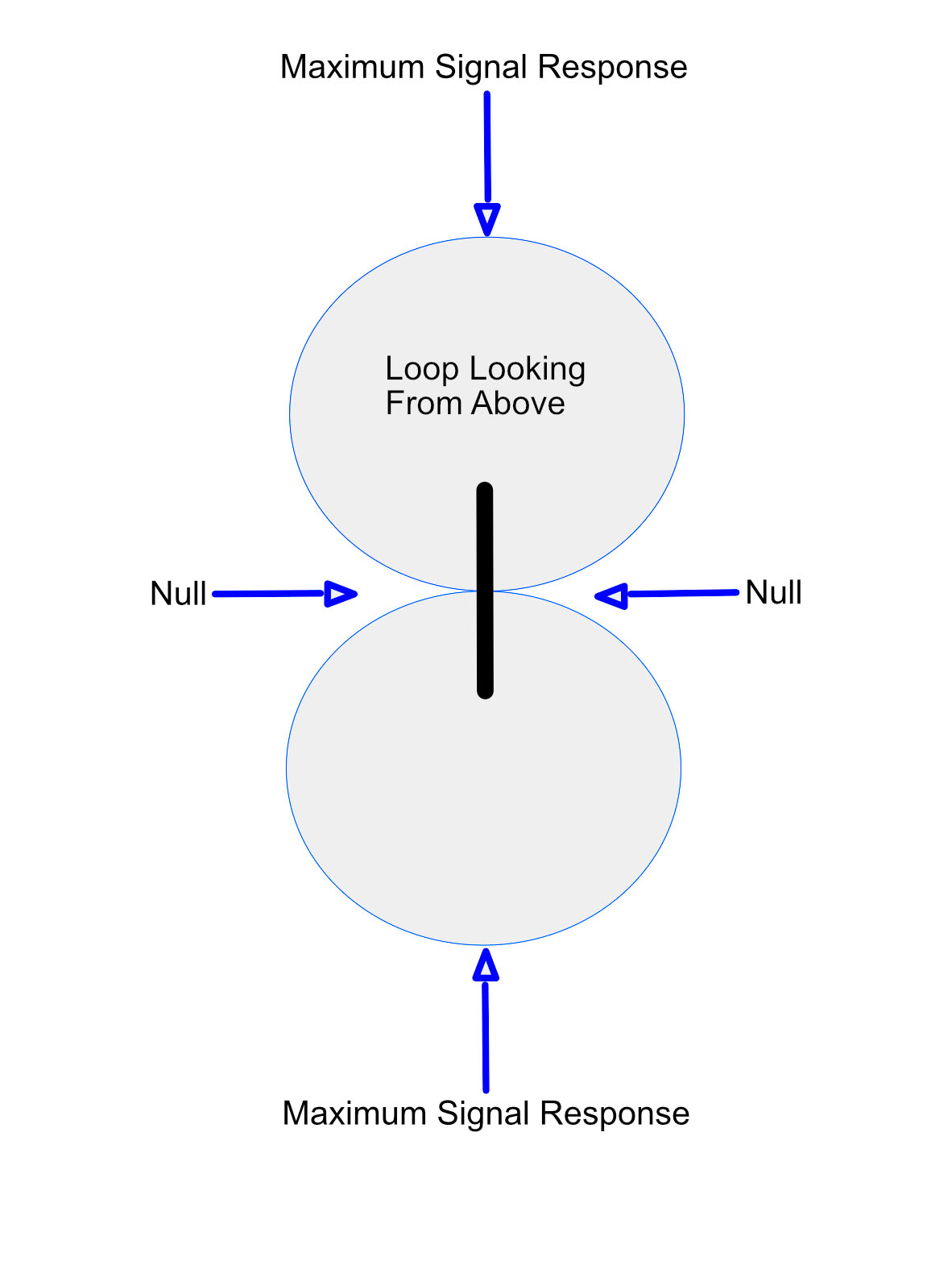 Fig 2: Diagram of a plot for an idealised loop.

The main loop element consists of two fibreglass tubes, with a single piece of wire running through each. This wire has ring terminals crimped on at each end. These are fitted to the two studs protruding from the amplifier module and secured into place with locknuts.

Another fibreglass tube clamps onto an aluminium bracket mounted on the oak base. It does so with a Stauff pipe clamp, which is then tightened with locknuts once the tube has been mounted vertically in it. At the top of this rod, another aluminium bracket is mounted in a similar way to the one at the bottom; here, three Stauff clamps are mounted on the top of the bracket.

The two tubes with the wire running through are clamped to these.

The case housing the amplifier is mounted on the bracket at the base.

Both the BNC RF output socket and the DC input connector are located on the right-hand side of the amplifier box (when looking at the front face of the box).

While the construction seems reasonably sturdy, I would not call it robust and I noted a fair bit of flexing of the assembly when turning it.

However, the assembly is straightforward. You will need a 10mm AF spanner and a 5mm Allen key/socket wrench, plus a run of suitable coaxial cable to connect to the BNC output of the loop and your receiver.

The Loop in Use

The CCW loop is meant for indoor use and it is unfair to compare it with full-sized aerials mounted outside and in the clear. The loop also has directional properties. Therefore, it will yield differing results, depending on what direction it is orientated towards.

However, I thought readers may be interested to know how it shapes up against typical outside aerials, so I have included some comparisons made against my own setup.

I mounted the loop in my downstairs 'office' where it was close to my PC. This machine runs my RSP2 and Winradio G313i, both of which were used for this review.

My PC runs two monitors and two external hard drives, which run by means of a   'wall-wart' switched-mode power supplies. While I have tried to reduce noise as much as possible, I have not eliminated it fully.

The comparison aerials I used were my 66ft inverted-L end-fed, my homemade active loop at 5ft, and a PA0RDT Mini-Whip.

All S Meter readings are given as an indication only: However, the G313i has proven to have a reasonably accurate 'meter', and the RSP2 is not far behind.

Starting things off on Medium Wave I was immediately struck the high level of gain provided by the loop. Turning and peaking on BBC R5 909kHz, I obtained a reading of S9+40db, on my G313i.

I had a tune around the NDB band, but there were no beacons to be heard above a high noise level.

NAVTEX monitoring provided similar results, with only the stronger signals being heard over an S7 noise floor. By comparison, the noise floor on both my loop and Inverted L was around S3. The Signal to Noise Ratio (SNR) was superior on my Inverted L aerial, where the weaker signals were in fact far more readable.

Receiving DDH47 on 147.3kHz the loop returned an S9+5dB signal, albeit with high background QRM. My own loop provided an S7 signal, but again with a better SNR, due to a quieter background.

Tuning to MSF, my Inverted L returned a clear signal of S6, where the CCW loop peaked S9, but again with a lot of QRM, making the Inverted L the better of the two.

I decided to look into the noise problem and, while I found no ‘cure’, I did note that some noise was picked up at LF from an adjacent switch-mode PSU from one of my external drives. This appeared to be coupled into the DC lead if both were close to one another.

I noted a noise floor of around S3 at MF when the loop was not powered up. However, with the RF cable still connected to my receiver – and when disconnecting the cable –the noise dropped. This was also noted on 20 to 26MHz.

I must point out that these observations may be due to 'local' issues here and may not be prevalent at another location.

On HF, I found that, overall, the CCW loop was understandably down on my other aerials; once again, its performance was affected by the noise floor.

Switching to my SDRPlay RSP2 receiver (Fig. 3), you can see the performance of the loop against my Inverted-L and PA0RDT over a range of 0-10MHz. The top spectrum display shows the CCW pointing East and West; the measurements from a North-South orientation are below this.

Next, are the results from my Inverted-L aerial; at the bottom, you can see measurements from my PA0RDT mini whip aerial, presently sited at 14ft. This image demonstrates the high signal levels of the CCW at the lower frequencies but also the higher noise floor overall.

The measurement represented in Fig 4 spans the range from 10 to 20MHz. The spectrum display shown at the top displays the loop pointing East-West.

Below this, you can see the results of using my inverted-L and PA0RDT aerials.

This indicates not only the poor band conditions when I took the screenshots but also the significant QRM and high noise floor I have here, especially on the higher bands.

At VHF the loop needed the strongest of signals for anything to be heard.

In the upper part of Fig. 5, reception using a loft mounted 1/4 λ for 2m can be seen; in the lower section, you can see the results of the CCW loop.

The signals revealed on the left-hand side of the upper section of Fig. 5 are DMR signals from TFL buses; to the right of this, in Fig. 5, there is a display of signals on 2m. Notice the considerable LED QRM.

There are few legitimate signals in the lower shot; the spike at 144MHz is a sprog.

The image in Fig. 6 shows the aerial’s performance on the Broadcast FM band, with signals on the loop depicted at the top, and those from my discone aerial below. I found that a null of approximately 20dB was possible when turning the loop.

I did give the loop a short trial outdoors and this revealed a marked improvement in performance throughout its range, although there was still a high noise floor overall.

Turning the loop clearly demonstrated its directional capabilities on 'non-skywave' signals and also those on VHF. In the latter case, I noticed that the loop peaked reasonably accurately in the direction of known transmitters, such as broadcast FM, amateur repeaters and aviation Volmet transmissions.

Performance at LF was OK, with the reception of a number of NDB's, DGPS transmissions and also DDH47 and DCF39 on 139kHz. The latter two stations were received with the loop pointing roughly in the direction of where I expected Germany to be.

The CCW Indoor Loop is simple enough to assemble and not too obtrusive for indoor use. Success with it will depend on whether or not you have high noise levels. If you do, then a fair bit of experimentation will be needed with its placement.

When used outside, and further away from noise sources, the loop could be used very effectively to minimise interference and enhance reception.

Therefore, the design does work, but how effectively it does so when indoors may be ‘hit- and- miss’, and it will depend on how much noise is floating around.

The previous RU editor Andy Thomsett also evaluated the loop, and he too found problems with interference, which was difficult to overcome. Andy compared it with a 5.5m indoor horizontal L-shaped length of wire, with the long leg running E/W and short leg running N/S and noted little difference between the two.

To get best results he used his noise cancelling units with the loop. I would very much like to thank Andy for his informative input which confirmed to me that our findings were much the same.

The loop has high gain (a tad too much for my RSP2 perhaps), and on 'direct signals' it can be capable of reasonably good nulls.

It is asking a lot, especially in this day and age, to expect an aerial to perform well indoors so the CCW loop coped reasonably well in the circumstances.

Where an indoor HF aerial is a necessity this loop could well do the job.

It is also suitable for portable operation, where it will give useful coverage of lower VHF as well.

Together with the editor, I would like to thank CCW for the loan of the review aerial.

That's all for this month.

As always, I am happy to address feedback through this column.