The British Bring Wireless to America Signor Guglielmo Marconi (1874-1937) achieved many ‘firsts’ during his career as physicist and world esteemed inventor extraordinaire. The conduct of the first two way wireless message exchange between the US and Europe was accomplished from the major Marconi station, CC, erected at South Wellfleet, Massachusetts. This particular achievement in early 1903 received great notoriety. But, contrary to common belief, this station at Cape Cod was not the very first Marconi wireless installation in the United States or on the North American continent. In 1895 Marconi began to engage in serious experimentation to perfect his discoveries to generate and detect electromagnetic waves. Efforts to interest the Italian Government were unsuccessful and Marconi brought his concepts and models to Britain. A favourable reception led to the formation of The Wireless Telegraph and Signal Company Ltd in 1897, which organisation supported both Marconi’s continuing experimentation and the initial objective of communication with ships at sea. The latter endeavour was eminently successful as wireless signals reached further and further around the British Isles and to France with excellent reliability. The enterprise was commercially successful as well, with the number of coastal shore and shipboard stations increasing and revenues growing. By the end of 1904, the period covered here, the Company had 69 land and 24 ship stations in operation. The value of wireless communication was widely accepted in Britain and the scope of activity widened. With domestic acceptance ever-increasing Marconi’s attention was drawn to bridging the Atlantic and, significantly, the ships that sailed thereon. Transatlantic communications was the evolving goal. A number of events were to contribute to the achievement of this aim and the introduction of wireless to the North American continent, some occurring simultaneously. The western sites selected were in Canada at Glace Bay, Cape Breton Island, Nova Scotia; and in the United States on the shores of Long Island, New York and the state of Massachusetts. But first it would be necessary to establish a base station in Britain to anchor the eastern end of the project.

The site for the world’s first permanent great wireless station was selected for its westernmost location and nearness to the New World. The headlands overlooking Poldhu cove in south-western Cornwall were ideal and work began in 1900 there and at a complementary monitoring and domestic coastal service station at the Lizard, six miles distant. Initially, Polhdu was configured with a 25kW spark gap transmitter and an antenna of 60 wires strung fan-wise between two 170ft masts − unique and extraordinary for the time, Figs. 1 and 2. 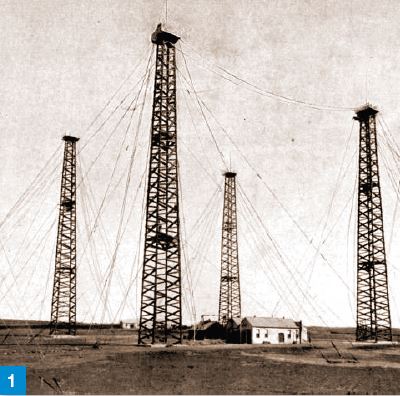 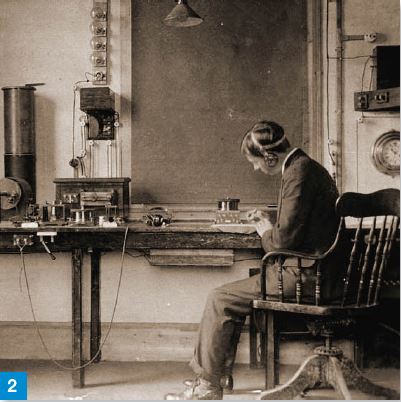 Three dots (the letter S) was the Morse code letter that Marconi used to preface and identify his experimentally transmitted signals. It was this letter, sent repeatedly from Poldhu, that Marconi monitored at Signal Hill, St John’s, Newfoundland, Fig. 3, in 1901 even as the Poldhu works neared completion. Anxious to prove his theories Marconi had sailed to St John’s with his team, receiving gear and a long antenna wire, which was to be lifted aloft by helium balloons or kites. He awed the world with the news that he had heard the signals, on a kite-supported 600ft antenna, from a distance of 2,200 miles over the Atlantic. Marconi set out to prove that two-way commercial service could span the Atlantic reliably. Steps were taken to establish a permanent installation in Canada and with the cooperation and support of the Canadian government a site was selected. Not unlike at Poldhu, the site was atop a cliff-hung headland, Table Head, on Cape Breton Island, in the province of Nova Scotia. Similar in layout to Poldhu, the new station was more powerful and used a unique
vertically-polarised antenna with 400 wires forming a cone The station was operational on December 14th 1902 when messages began to be exchanged with Poldhu to inaugurate the first regular transatlantic wireless service. In 1905 this facility  was dismantled and moved to a larger site, five miles to the southwest. Known today as the Marconi Towers, the giant station involved an enormous horizontally-polarised antenna exhibiting highly directional radiation characteristics. 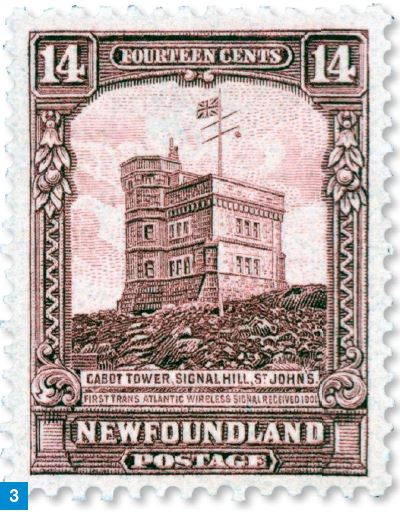 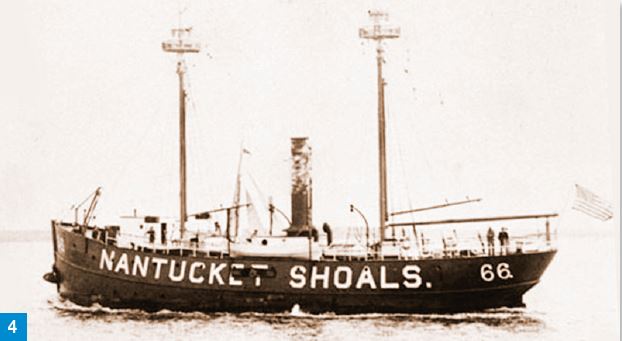 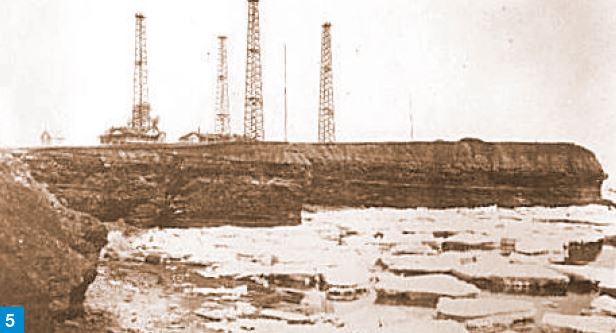 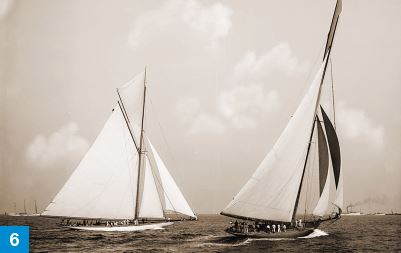 Fig. 7: Signage at Babylon on site of station, Long Island. 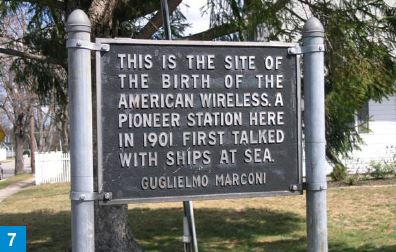 With the advent of World War One, this, the best of the foreign commercial installations on the US mainland, was commandeered by the US Navy. The US entered the war in April 1917. After the partial failure of transatlantic telegraph cables, the New Brunswick facility was confiscated by the Navy in January 1918 to provide vital transatlantic communications. New Brunswick Naval Radio Station became the principal wartime communication link between the USA and Europe, using the call sign NFF. After the war, ownership of the station, along with that of American Marconi’s other US stations, was transferred from the Navy to the Radio Corporation of America (RCA). American Marconi disappeared as an entity as the US Government legislated that all commercial wireless be conducted by US companies. Over a period of 18 years Marconi, his associates and colleagues, had built phenomenal transoceanic stations on both US coasts and in Hawaii. These stations maintained regular communications with Europe, Hawaii and Japan and were the initial links in the wireless chain that was envisioned to gird the globe. A world circling chain was indeed subsequently created by the British parent firm Marconi Wireless and Telegraph Company. Promoted by the British government the system, completed by 1928, became known as the Imperial Wireless Chain and linked the countries of the British Empire. Concurrently, RCA, in competition, created their own worldwide network. Marconi had brought the marvel of wireless to America and a grateful enhanced world. And, as he himself said, “I too am but an amateur” 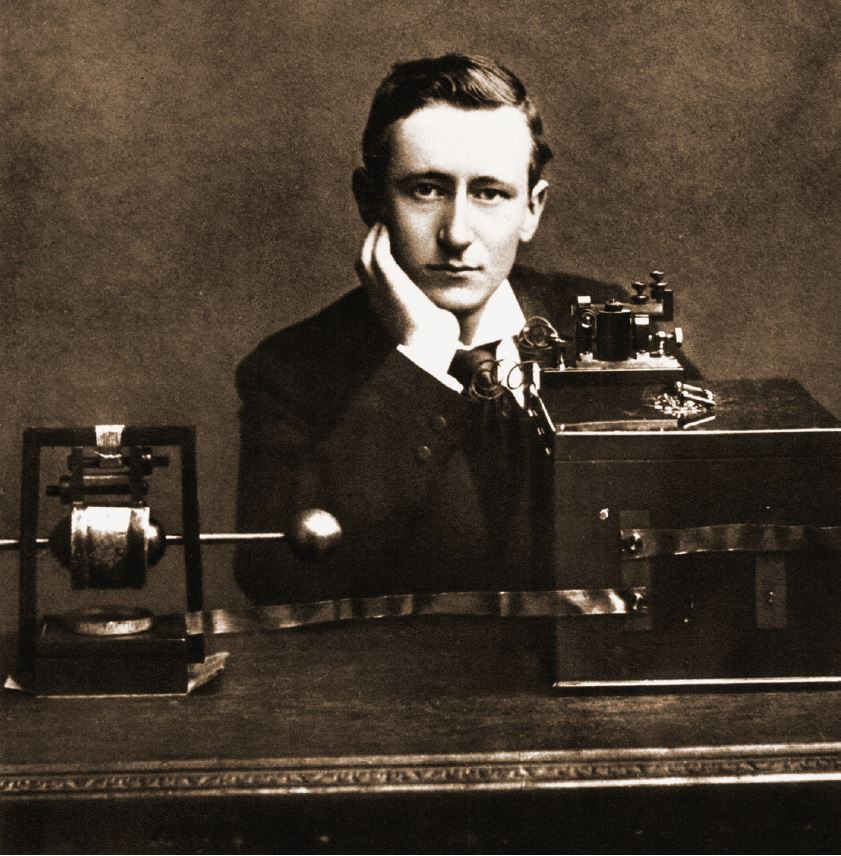