Tim Kirby G4VXE takes a look at a dual-band Yagi that is useful for a wide variety of VHF/UHF operating. I was pleased to have the opportunity to review the Moonraker YG27 dual-band antenna, Fig. 1,  because I had heard of a number of people using them. Although with just three elements on 2m and five elements on 70cm, this isn’t going to be a real DX chaser’s antenna, it should pack enough punch to be useful for a variety of situations. These might include fixed or portable satellite operation, fixed use where only a small antenna is possible or casual portable operation for UK Activity contests on 2m or 70cm. If for, example, you were interested in working low satellite passes, no higher than 20° or 30° elevation, which would provide plenty of DX, especially through FO-29 and AO-7, then this sort of antenna could work well when mounted horizontally because the vertical beamwidth would be sufficient and you’d get enough gain to work the satellite easily. 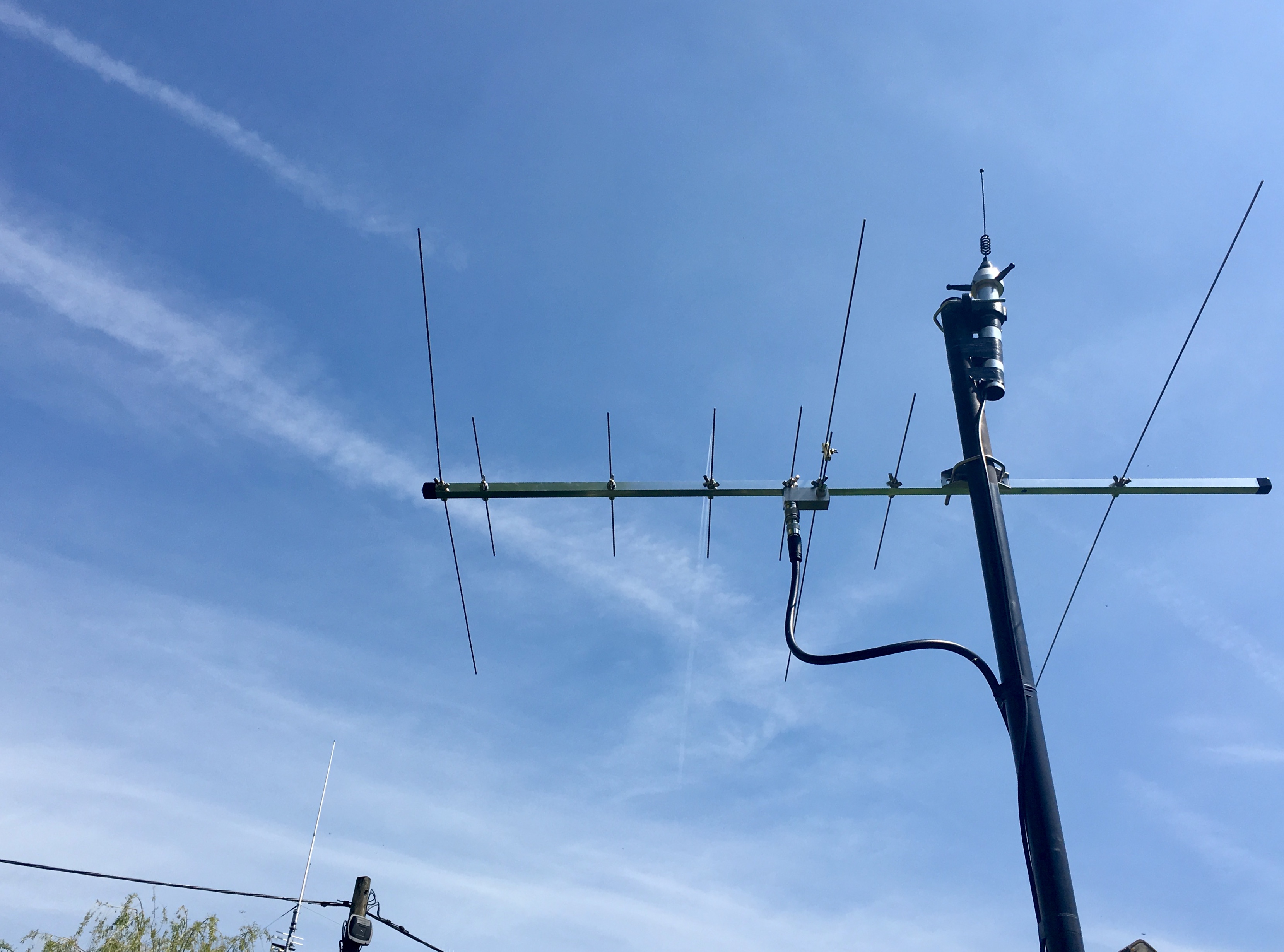 Fig. 1: The antenna in a typical fixed installation.

With all that in mind, I unpacked the antenna. The first impression was of good solidly made components. How do they fit together? The instructions were a single sheet, which looked as though it had been photocopied a few times! Actually, despite my initial concerns about how clear the instructions were, the antenna went together easily. The elements were all colour-coded and the holes on the boom were correspondingly labelled with coloured stickers, making the assembly very straightforward.

Because the antenna elements are secured by means of a wingnut, this would make assembly in the field very straightforward. If you were going to use it in a fixed installation, it might be worth securing the wingnut onto the bolt with some super glue or similar or, better still, replacing the wingnuts with a regular nut, to avoid the elements working their way loose.

The diagram on the instructions showing the dual-feed for the driven elements did not, to my mind at least, quite correspond with the feed arrangement (it might have been me!). However, there was enough information there to work out how the feed went together and I was gratified that when I looked at the close-up picture of the feed on the Moonraker web page showing the antenna, I’d got it right.

The shorting bars on the feed allow for adjustment of VSWR on each band, by moving the bar in and out as required. Some initial measurements are shown to get you in the right area.

The feed is supplied with an N-socket built in and the specification suggests a maximum power rating of 50W, which is more than enough for satellite operation where you generally won’t want any more than 5W or so. A 50W power level will probably cope with most casual activity for contests and hilltop operating.

Time to Try it Out

I connected some coax up and measured the SWR on 2m. It was a little high but I was able to trim that down to 1:1 by moving the shorting bar. 70cm was a different matter though and on 432MHz, the lowest figure I was able to get was around 4:1. Experimenting, I discovered that the antenna was resonant higher up the band, around 440MHz. I checked everything I could think of but without any success, so I contacted Chris Taylor at Moonraker and asked if he could check one of his antennas. Chris did that and we compared notes, coming to the conclusion that the ‘splitter’ on my antenna was faulty and he kindly put a replacement in the post.

Undaunted, I thought the least I could do already was to try the antenna on 2m. I tuned to 144.430MHz, the GB3VHF beacon, some 70 miles away in Kent. Even from ground level in the garden on the wrong side of the house from the beacon, I could hear it well at around S4 using my FT-817 – very reasonable. Swinging the antenna around, I found that the directional pattern was quite good and I could null the beacon signal out, which isn’t bad for a 3-element Yagi.

Then, I thought I would try the antenna on a pass of the NO-84 satellite, which was in APRS digipeater mode. I was pleased to find that I could easily get through the digipeater using my TH-D72 handheld running 5W. I spotted that shortly after the pass of NO-84, there was a pass of the AO-91 satellite with a maximum elevation of 25° or so. AO-91 uses 70cm up and 2m down. I’d seen that the 70cm SWR was better the higher you go up the band, so I thought I’d give it a go, again using 5W from the TH-D72 handheld. I was delighted that I did, being able to work 2M0SQL, G0ABI and OH5LK very easily. The antenna was fine to use ‘handheld’, Fig. 2, and not too heavy to use throughout a pass of ten minutes or so, which is sometimes the problem. In fact, if you were going to use the antenna handheld for satellites, you could easily put a foam handle around the rear part of the boom to make it more comfortable to hold. 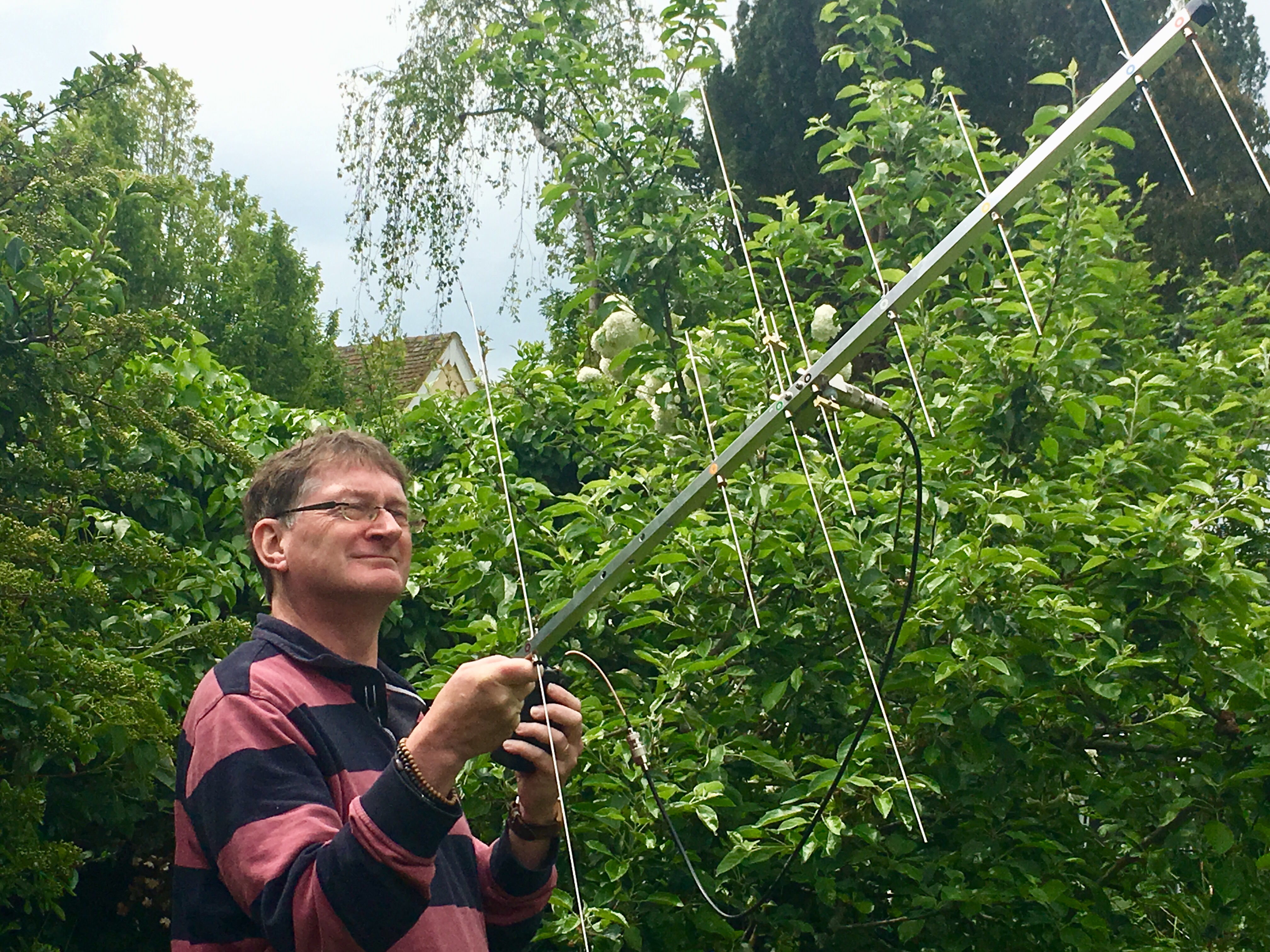 The elements are pretty springy and flexible but I can imagine that if you often use it portable, then they might get a little bent out of shape. Be careful and if they do, as long as you are gentle it should be possible to bend them back. It’s really only the longer 144MHz elements that are likely to be a problem.

Next day, the replacement splitter arrived from Moonraker and I quickly installed it. I was very pleased to find that this had resolved the SWR issue on 70cm and the antenna would now tune properly on both 2m and 70cm.

A quick check on 70cm from the back garden showed that I could hear the GB3UHF beacon in Kent very nicely and GB3MCB in Cornwall peaked up beautifully on aircraft scatter within moments of tuning to the frequency. Another pass of the AO-91 satellite saw MX0MXO from Chertsey in the log, using 5W from the TH-D72.

I used the Yagi either handheld or clamped horizontally to a small mast. The instructions also include details for vertically mounting the antenna, which might be useful but make sure you heed the notes about using a non-metallic mast and having a suitable stand-off distance from the mast, to reduce interactions. With the antenna on a small 18ft mast, I tried it for a brief period during the May 70cm UK Activity Contest with 3W from the FT-817. In 20 minutes or so, I was able to make a few contacts, mostly semi-local but at least one was over 160km, which I thought was good with low power and the relatively small antenna. I also noticed that the pattern of the antenna was quite reasonable as I swung it around to try and peak stations up.

Whatever your motivation for having a dual-band Yagi, you will do well to consider the Moonraker Dual-Bander. If you are going to use it in a fixed configuration on a mast, then make sure you secure the elements tightly; you don’t want the wingnuts coming undone. As a portable Yagi for casual UK Activity Contest or hilltop operating it works well and I was particularly pleased with how it worked as a handheld satellite antenna. My thanks to Chris Taylor of Moonraker for the loan of the antenna and for his help in resolving the issue I encountered on 70cm.

This article was featured in the August 2019 issue of Practical Wireless.