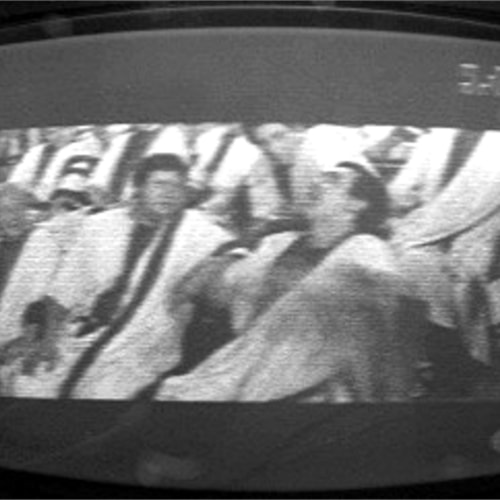 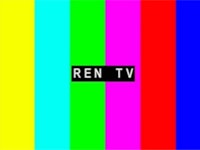 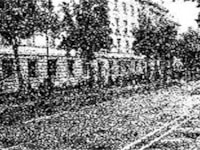 July was quite a productive and spectacular month for Sporadic-E activity. Analogue TV carriers were observed on many days, mainly from Moldova. A reception summary is as follows:-

The on-screen logo used by 1+1 in the Ukraine is shown in Fig. 1. Examples of reception from REN TV in Russia are shown in Fig. 2 and Fig. 3. Many unidentified weak signals were also encountered on these channels. Signals on channel R4 (85.25MHz) have been observed on several occasions during July and August.

These were tentatively logged as originating from Russia. Transatlantic paths extending into South America occurred on July 15th. At 1850UTC, a weak video carrier was present on 67.25MHz (channel A4) in Derby. Unfortunately, it did not attain video-level.

Tim Bucknall (Congleton) and Chris Howles (Lichfield) experienced plenty of activity in the OIRT Band (65.8MHz - 74.0MHz) on most days during the month, mainly from Belarus, Russia, Ukraine and Moldova. A highlight for Chris at 1643 on the 13th was Russia (Radio Rossli) on 66.20MHz from Tbilisskaya at a distance of 3,109km.

FM Band highlights for Tim and Chris included 87.70MHz RNE Radio Clásica from Puerto del Rosario, Fuerteventura (Canary Islands) from 1009 on July 2nd at just under 2,000km. On the 12th at 1720, Tim identified Iceland on 88.10MHz (RÚV Rás 1) from Melrakkasléttu/Viðarfjall, and on 88.70MHz (RÚV Rás 2) from Fjallabyggð/Siglufjörður-Hvanneyrarskál. On the 14th, Chris identified VIBE FM (Malta) on 88.70MHz from Gharghur.

The 29th was another exceptional day with an opening that was solid for nine hours with amazingly strong signals from Finland and the Saint Petersburg area of Russia. Other countries identified included Latvia, Estonia, Portugal, Spain, Slovakia, Poland, Germany, Bosnia & Herzegovina, Serbia, Croatia, Italy and the Czech Republic.

Paul Davies (Thailand) received many Chinese analogue transmitters plus weak 525-line signals on A4 (67.25MHz) at various times, the latter possibly from the Philippines. On July 14th and 18th, Wesley Colaers (Vancouver, British Columbia) noticed weak, fading OIRT signals at 69.68MHz and 71.84MHz from the Vladivostok region of Russia.

There was a noticeable decline in Sporadic-E encounters as we headed into August. In Derby, the last sighting of Moldova on R2 occurred on the 12th from 0810, lasting for around 40 minutes. In Europe, Gösta van der Linden (Netherlands) and Niels van der Linden (France) encountered Band I TV signals on an almost daily basis. The summary is as follows:-

On the 6th, between 1655 and 1715, Niels van der Linden (Épinal, France) noticed smeary images, similar to TEP (trans-equatorial propagation), from the south-west on channel E4 (62.25MHz). The chief contender is the Chinese news station, which operates somewhere in West Africa.

The best day for FM reception was the 12th when Chris Howles identified Croatia, Italy, Slovakia, Poland, Albania, Bosnia & Herzegovina and the Czech Republic. On the OIRT band, Belarus, Russia and Ukraine were logged.

Romania: The transmission time of the ‘B1’ test card is now displayed on the centre bar, namely from 0200 until 0800 Central European Time.

Ivory Coast: The RTI-1 colour bars pattern included an insert of PM Amadou Gon Coulibaly, who passed away on July 8th, 2020. A black ribbon was added to the station’s logo in the top-right of the test signal.

Please send DX-TV and FM reception reports, photographs and equipment details to Garry Smith, 17 Collingham Gardens, Derby DE22 4FS or contact us at the E-mail addresses shown at the top of this column. The photographs show The Ukraine ‘1+1’ station (featuring their on-screen logo in the top-right of the picture; Chris Thatcher, Lincoln), REN TV from Russia on channel R3, received on July 1st, 2020 (Gösta van der Linden, Netherlands), and The REN TV Colour Bar Test Signal (note the reversed ‘4’ logo in the top-right of the screen (Sándor Rottenbacher, Hungary).

Turning the Tide on Isolation