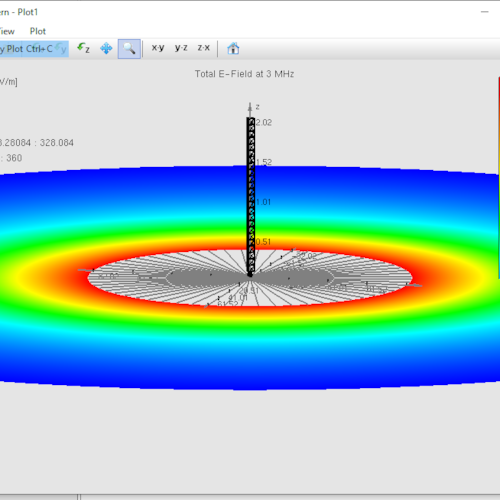 AN-SOF is pleased to announce the release of AN-SOF Professional 6.10, which includes some new features; for example, the radial wire ground screen is shown in an AN-3D pattern; the finite substrate is also shown in an AN-3D pattern; Moreover, ‘TAB’ (\t) has been added as a field separator for importing NEC files, besides the already existing separators, 'commas' and 'spaces'. Last but not least, an Average Gain Test (AGT) feature has been added to the power budget as a complementary parameter to the percentage error of an antenna model.