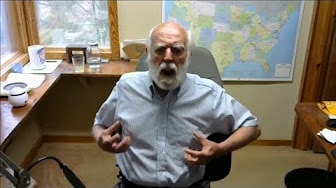 A Stalwart of the Short Waves

One of the, arguably, strangest and – many would say – most troubling presences on short wave radio is no more. ‘Brother Stair’, who founded the Overcomer Ministry has died. Ralph G. Stair, whose unique voice could be heard on the short waves for many years, has died of heart failure at his home over the weekend, according to US Colleton County Coroner Richard Harvey. Harvey said Stair had been under hospice care. His age was not immediately clear.

The coroner’s office listed Stair as 84, but Stair’s Overcomer Ministry, which announced his passing on its website, listed his age as 87 and his time of death as 11:17 pm Saturday. At the time of his death, Stair was awaiting trial after being accused of sexually assaulting several women and children at the ministry. Stair was arrested on 18th December 2017, by Colleton County deputies and agents from the South Carolina Law Enforcement Division, the FBI and the Department of Homeland Security, the Colleton County Sheriff’s Office said. Brother Stair was arrested on eight warrants and agents also executed a search warrant at Overcomer Ministry.