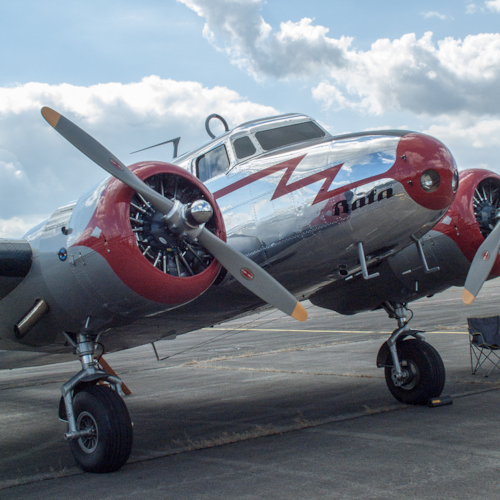 Two significant, recent, airspace changes, requested by NATS and approved by the CAA, will soon affect commercial air traffic above 7,000ft over the Solent, the Channel Islands, and the North Sea.

Both changes are part of a larger airspace modernisation programme launched by NATS and managed from its Swanwick Control Centre.

By means of the first modification, NATS intends to improve connectivity between the Solent airports and the Channel Island Control Zone (CICZ), through changes to the existing aRea NAVigation (RNAV) routes.

The simultaneous changes to the CICZ will create new Standard Instrument Departures and Standard Arrival Routes serving Jersey and Guernsey airports. The changes will affect the existing controlled airspace extending over the English Channel, south of the Isle of Wight.

The second change will affect westbound air traffic service routes, in what is known as the Clacton Sector and the Maastricht Upper Airspace Control Centre. Under the change, three main network flows will be created, via new coordination points; one chiefly for northern arrivals in the London Terminal Manoeuvring Area (TMA), one mainly for Heathrow arrivals, and one principally for Gatwick arrivals.

Demand for broadband connectivity aboard business aircraft is booming, and passengers expect seamless Wi-Fi access to the internet.

While it is not yet possible to offer travellers the same high download speeds they enjoy on the ground, Ka-band satcom is an advanced technology that promises up to nine times faster average speeds than even the best Ku-band systems that were considered state of the art merely a decade ago.

Both upload and download speeds are determined by the speed at which data travels through the satellite network. This is a function of the number of beams each satellite has, the angular size of each beam, the power of the satellite and aircraft satcom transceiver, and the satcom signal characteristics.

Ku-band initially appeared to have plenty of capacity for years to come. However, now the explosive growth in demand for connectivity is taxing the system’s limits.

According to the late Claude Shannon, arguably the founding father of digital electronic communications, capacity is also dependent on both frequency and bandwidth. Shannon’s 1948 Mathematical Theory of Communication states, in part, that the higher the bandwidth, the more data throughput, and the higher the frequency, the more bandwidth can be made available.

Ka-band satcom is allotted 26.5-40.0GHz of the spectrum. Therefore, it starts with more than double the capacity of the 6GHz Ku-band. Its higher frequency also hosts the transmission of more data, in much the same way as commercial FM radio in the 87.5-108.0MHz range provides higher fidelity audio than commercial AM operating in the 540-1600kHz band.

In addition to this, higher frequencies can yield higher signal gain, using the same antenna size. Consequently, Ka-band’s basic radio physics have been driving interest away from Ku-band satcom for more than two decades. Theoretically, Ka-band satellites can deliver 33Mbps to aircraft with tail-mounted aerials.

Ka-band also has its downside. Using a much higher frequency spectrum, the band is considerably more prone to signal attenuation caused by precipitation. That could be problematic if you’re using the system at an airport during a storm. However, most business jets operate above or around cloud build-ups, so rain attenuation isn’t much of a concern.

My airport communications profile of the month is for Edinburgh Airport.

The photographs this month show a beautiful1930s Lockheed Electra, OK-CTB, painted to represent an aircraft once operated by the Bata Shoe Company in Czechoslovakia.

Paved shoulders extend for 8m beyond each side of the runways

To permit aircraft to operate to and from Edinburgh Airport in Instrument Meteorological Conditions (IMC) – but not under Instrument Flight Rules (IFR) – the following entry/exit lanes have been established:

(1) a lane, 3nm wide, known as the Polmont Lane, with its centre-line on the M9 Motorway, extending from Grangemouth via the Polmont Roundabout, Linlithgow Loch and Philpstoun to a point at which it joins the Edinburgh Aerodrome Traffic Zone;

(2) a lane, 3 nm wide, known as the Kelty Lane, with its centre-line on the M90 Motorway, extending from Kelty across the Forth Road Bridge, to a point at which it joins the Edinburgh Aerodrome Traffic Zone.

Pilots operating in the vicinity of – but intending to remain outside of – Edinburgh controlled airspace – and maintaining a listening watch only on the Edinburgh Approach frequency (121.200MHz) – are encouraged to select SSR code 0440. While squawking 0440, pilots should be aware that Edinburgh Approach may make ‘blind transmissions’, in order to ascertain a particular aircraft's intentions or route. When a pilot ceases to maintain a listening watch, code 0440 should be deselected.

Owing to the terrain profile to the south of Edinburgh, GPWS warnings are possible on intermediate approach to Runways 06 and 24.

Whenever possible, helicopter flights in the Edinburgh Control Zone will be cleared on direct routeings under Visual Flight Rules (VFR) or, when requested at night, on Special VFR clearance. All helicopter arrivals and departures are via Runway 06/24. For arrivals, ATC will direct traffic to the designated parking area and advise on hover/taxiing requirements. Departures: As directed by ATC.

Runway 06 and 24, subject to the serviceability of the required facilities, are suitable for Category ll/lll operations. During Category ll and lll operations, Low Visibility Procedures will be applied.

Standard Arrival Routes apply to aircraft inbound from the UK Airways System. However, these may be varied at the discretion of ATC, for traffic reasons or to allow radar sequencing.