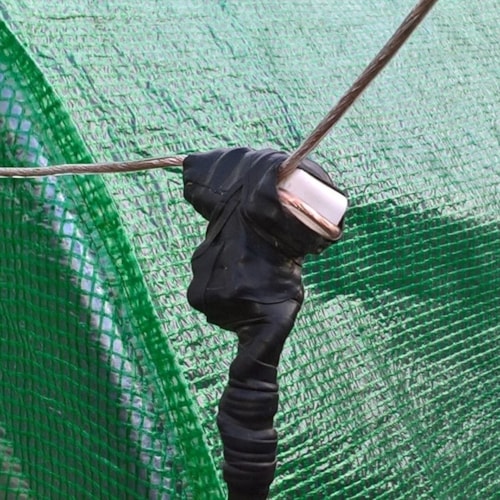 To say everything went right first time would be far from what really happened. A big issue to start with was a lack of parts so I kept the projects basic and had a modicum of success. As I bought a few parts, I started building using techniques that I had used years ago, notably with copper-clad stripboard. Some of the stripboard was old and I didn’t clean off the tarnish thoroughly enough – this didn’t make for good clean construction. So, what did I learn? Spend a little more time in the preparation stages. As I continued to use this method of construction, I discovered RF doesn’t always go well with stripboard and modifications didn’t always go to plan because tracks would lift and break. I had been using desoldering wick but found my solder sucker did less damage, as well as waiting for things to cool (I believe it’s called patience). I built tuned filters with plain stripboard with some success but found it time-consuming. Eventually I had a go at building Manhattan style by super-gluing small pieces of copper clad board on other copper clad board used as the earth plane. Once I’d got the hang of it, I found it a quick method apart from leaving the soldering iron on too long and lifting a pad – more glue. Years ago, Ferric Chloride, an etch resistant pen and insulation made for a good night’s entertainment but it wasn’t for me this time, I just wanted to get a few things built – but when my patience returns.... Recently, I have seen M0CWY’s cut board method (see PW August 2018 – The Bumpy Rocket) and shall try that if my hand and eye coordination lets me. The main thing is to have a go and, find what works for you and the circuit being built.

Ah yes, eye and hand coordination. Fairly early on, I realised a hand-held magnifier was not the answer to soldering components to boards, which usually requires three hands or methods of holding things down. I found an illuminated bench magnifier on eBay for less than £20 that I thought would assist. I fitted a daylight 3W LED lamp and it seemed to shed plenty of light on matters but I was having the usual difficulty with varifocals and attempting to focus on small components, then introducing a soldering iron into the frame. It took me months to get it right but eventually I found a method that worked – basically I was too close to the magnifier. Taking off the varifocals also helped. Though I didn’t need the magnifier for the next one.

On a Spring evening I went into my shed to discover water on the bench. Not all water on a bench is a result of a shed roof leak but it took me a little while to realise this. A few nights later, more water on the bench and we hadn’t had any rain. This time I happened to pick up the 20m dipole coax and water dripped from the BNC connector. With my DMM, I measured watery ohms across the connector. Was I chuffed! Now what’s one of tasks emphasised by antenna builders? It’s to make sure you weatherproof your connections. Well, obviously I hadn’t and this was my only piece of coax.

On a dry day, I removed the coaxial cable from the shed and thought I might as well check for external damage to the cable sheath before bringing down the antenna. Nothing found. Then I laid the cable in such a way that hopefully any water still in the cable might make its way down by gravity. I put some paper towelling around the cable end to assist by capillary action. It stayed that way for a few days. I checked the end of the coax with my DMM again. At least it was now showing open circuit. To try and drive out any remaining water, I used an old paint stripper gun on a low setting, taking great care not to get the cable too warm. I knew the cable could be degraded but it was going to be pressed into service again.

With the dipole lowered, I had a look at the centre piece. See the embarrassing photo!

Not my finest effort – reminded me of an ancient school report – “could do better”. I stripped it down and it was obvious from the water marks how the water had entered. Determined not to let this happen again, I spent more time dressing the centre piece with overlapping self-amalgamating tape and finishing the ends off with good insulation tape. Since then I have discovered the paint-on liquid electrical tape although I have yet to try it:

Once the cable was fed back into the shed, I left it a few more days before remaking the end of the cable off. Fingers crossed. An SWR check showed the antenna to have no worse an SWR than previously. Signals could be heard. Now having read an appreciation of SWR (see first URL below) and methods for checking cable loss using a SWR meter and a suitable load; I would have had a better indication of cable loss (see second URL).

So, would the antenna still be usable? Well that will come to fruition in next month’s article.