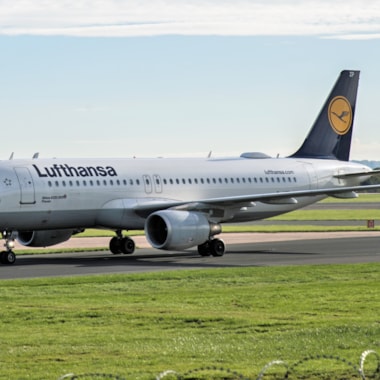 In September 2017, the UK Civil Aviation Authority (CAA) conducted a short and focused survey, asking general aviation pilots for their views on electronic conspicuity – technology in the aircraft that broadcasts its position.

The survey attracted almost 1,600 responses with pilots of single-engine, fixed-wing, aeroplanes making up three-quarters of the total. Glider pilots represented 12 per cent, and hot air balloon, microlight and rotor pilots made up the rest.

Pilots were quizzed on their use, or not, of electronic conspicuity devices. The survey also explored the key drivers that may affect a more widespread take-up of the technology. The answers will help develop the CAA's strategy for encouraging the use of devices across the GA fleet.

ADS-B is the CAA's preferred technology standard for achieving airborne situational awareness for pilots and air traffic controllers alike. Furthermore, interoperability is the overriding factor in the selection of any system – any devices used simply have to be compatible, in order to achieve any safety gains.

Only one-in-six fixed-wing aeroplane pilots reported using ADS-B already, mostly integrated with a Mode S transponder. A further third of pilots fly aeroplanes that are Mode S equipped but have not been adapted to use ADS-B. Meanwhile, almost 90% of glider pilots who responded use ‘Flight-Alarm’ FLARM – the anti-collision system designed specifically for gliders.

Asked whether or not they believed that full electronic conspicuity across the GA fleet would benefit safety, nearly nine-tenths of all those who responded thought that it would, indeed, improve flight safety as a whole.

Looking at the specific advantages of conspicuity, 83% of aeroplane pilots identified collision avoidance and improved cockpit/ground-based situational awareness as the principal safety benefits.

The survey also looked at the factors that would encourage pilots to use a low-powered ADS-B device. Equipment purchase cost came out on top for two-thirds of aeroplane pilots, while compatibility with Mode S was important to six out of 10. For more-than-half of respondents, the ability to receive flight information or weather data via ADS-B was a significant attraction.

The survey results indicated that the GA community recognised the need for the expansion of electronic conspicuity use within the UK.

The CAA believes that the take-up of devices will improve overall safety levels, as well as increasing airspace access for GA pilots. Enhanced equipage may also help future challenges, such as access to airspace and incorporating the enhanced future use of drones.

In response to media reports which it describes as 'misleading', the CAA said that pilots would not need to renew their pilot's licence in a 'no-deal' Brexit scenario. Both commercial and private UK pilot licences would remain valid for use on UK-registered aircraft as the United Kingdom is a signatory to the International Civil Aviation Organisation (ICAO) Chicago Convention. UK licences are internationally recognised - including by the European Aviation Safety Agency (EASA) - both now and after 29 March 2019.

The CAA will continue to issue and reissue pilots' licences when they are lost, damaged, when details need to be changed or pilots' privileges updated, in the same way as it does now. Over time, this would include removing references to EASA - a purely cosmetic change. There will be no requirement for licences to be re-issued for any other reason, meaning that there will be no change to this process.

The CAA also strongly refutes any suggestion that it is concerned about its ability to provide safety oversight to the UK aviation industry, should a ‘no-deal’ situation arise between the UK and the EU. According to the organisation, the safety of passengers, crew and those on the ground remains an absolute priority, and nothing has changed in this respect. At least one media outlet has unfortunately confused EASA approval of new aircraft and component design with the CAA's existing national safety oversight obligations.

In the words of a spokesman, “as a responsible regulator, the CAA has been planning for all eventualities in the negotiations, including that of a 'no-deal', for some time. Our planning and contingency are advanced, and we continue to work closely with the Government to prepare the industry for all scenarios.”

The photograph this month is of an Airbus A320 at Manchester Airport.

Operators of A380 aircraft may designate Doncaster Sheffield Airport as a nominated diversionary aerodrome, subject to prior agreement with the Operations Director and to the assessment of facilities at the airport by the airline. A maximum of two A380s can be handled at any time (subject to stand availability). Only one A380 can move around the aerodrome at any time. If one aircraft is on the stand, the other can use the taxiway.

Pilots operating in the vicinity of – but intending to remain outside of – Doncaster Sheffield controlled airspace are encouraged to maintain a listening watch on Doncaster Approach frequency, 126.225 MHz and to select SSR code 6170. Selection of 6170 does not imply the receipt of an ATC service. Aircraft displaying the code are not expected to contact ATC under normal circumstances and remain responsible for their own navigation, separation, and terrain clearance. They are also expected to remain clear of the controlled airspace at all times. While squawking 6170, pilots should be aware that Doncaster Approach may make blind transmissions in order to ascertain a particular aircraft's intentions/route.

Arrivals: ATC will either select the appropriate threshold or instruct the helicopter to make an approach to the runway. If instructed to approach the runway, the helicopter is to turn onto a final approach and arrange descent to flare, to ground or hover taxiing speed in the fixed wing runway touchdown zone. Departures: These will be made from the runway Aiming Points or parallel taxiway as selected by ATC.