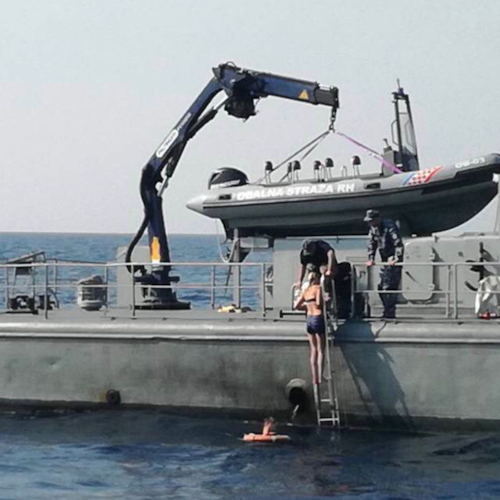 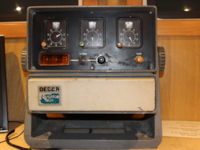 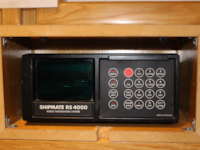 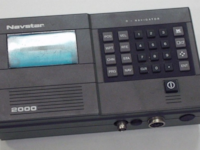 In late August, a remarkable Search and Rescue (SAR) operation took place in the Adriatic Sea, when a forty-six-year-old English female passenger fell from an upper deck at the aft end of the cruise ship Norwegian Star, sailing from the port of Vargarola, near Pula, Croatia to Venice and some sixty miles from the Croatian coast.

The incident was reported around midnight, at which point a search launched. It involved the cruise liner and two other commercial ships. At first light, the Croatian Coast Guard had one of their vessels in the area and deployed a Pilatus PC-9 search plane. The PC-9 is a low wing two-seater turbo-prop aircraft, mainly used for training military pilots. However, the Croatian military also uses them for SAR tasks.

The passenger was rescued by the crew of the Croatian coastguard patrol vessel RC OB-03 Cavtat (Fig. 1), ten hours after entering the water. She was brought ashore by the Coastguard vessel and taken to hospital for medical checks and treatment.

Every year, passengers are lost from ships at sea. While some jump off a ship to end their own life, there are also some cases when a passenger falls overboard accidentally. However, many of those cases still end in tragedy.

When a person is reported to have gone overboard, a full-scale Search and Rescue (SAR) operation swings into action. There were several factors in the above incident that improved survival chances: The casualty was lucky not to have sustained serious injury from falling overboard; the sea water was warm, extending survival times; wave heights were not significant; and, apparently, the casualty was an air hostess with some training in sea survival and a regular swimmer.

She also had the presence of mind to endeavour to remain as close to the position where she entered the sea as possible, rather than swim away from that point knowing that a rescue operation would commence from that position; and finally, she kept awake during the night by singing to herself. When she spotted the rescue vessel, she waved her arms in the air so that she was more visible to the crew who were scouring the surrounding sea. A head bobbing around in the water is a small object in a vast expanse of sea, even in a near calm sea, but with the addition of waving arms, the casualty becomes much more visible to rescuers.

So how do they find a casualty that has fallen into the sea? In this context, today’s technology plays a major role. On being alerted that a passenger had fallen overboard, the passenger ship in my example searched its CCTV recordings to establish the exact time of the incident.

Once that was established the ship’s position could be accurately determined, using the historical data from the ship’s regular AIS data transmissions, which include position, course and speed. The AIS data will show the exact latitude and longitude position of the ship at that the time of the incident.

Maritime Rescue Control Centres also have access to current and historical AIS data. With such precise position information, the initial search area can be greatly reduced, compared with the days prior to AIS, when an approximate position would have been manually calculated by dead reckoning. This could have a significant margin of error, resulting in a larger initial search area.

Experienced Coastguard officers can then predict the approximate position of the casualty at a certain time, using the established AIS position of the incident, combined with wind speed, direction and tidal drift information.

This, of course, assumes that the casualty has not tried to swim from the incident location. In this incident, the passenger was rescued approximately 1,300 metres away from the position where she entered the water.

Incidentally, present-day commercial vessels are equipped with black boxes similar to those used on aircraft. These record details, such as speed and navigation data, along with other vital information that may be of use to investigators after an incident.

Aircraft are also equipped with cockpit voice recorders, and ships too possess this technology:  There are microphones at various locations in the ceiling of the ship’s bridge. These record not only voice instructions and conversations on the bridge, but also background noises such as alarm signals, telephone ringing and so on. All this information is extremely useful to investigators, following an incident.

Such navigation aids included Consol, Loran, Omega and Decca. I covered Consol in a column a few years ago, now I will tell you a little about Decca, or to give its correct title, the Decca Navigation System.

This hyperbolic radio navigation system used groups of, at least, three land-based transmitter stations called ‘chains’, operating in the 70-130kHz radio band. Each chain comprised of one ‘Master’ and three ‘Slave’ stations. The latter were normally located between 60 to 12nm from the Master station and 120 degrees apart, thus providing full coverage.

Decca was a high-accuracy navigation aid used over a short to medium range. It was intended for coastal and landfall navigation. Accuracy was in the range of 50m in daylight and up to 200m during the hours of darkness. Decca was first used during the D-Day Landings. It had been designed as a backup to existing radio navigation systems, due to the fear of these becoming unusable because of possible Axis jamming signals.

The detected phase differences were displayed on the phase meters on the front of the receiving equipment as may be seen in Fig. 2. The receiver is a Mark21 Decca receiver, with a meter for each slave.

The readings could also be plotted onto Decca lattice charts, on which the lines of position were numbered in the same units as those shown on the meters. The Mark 21 was introduced by Decca in 1969 and was the first radio in which everything was contained in a single box unit. This was suitable for bulkhead, deckhead or table mounting. The Mark 21 proved to be a very successful model, only being replaced by the introduction of the Mark 30 in 1980.

The set had three dials on the front, each marked from 0-1 with divisions of 0.1, subdivided to 0.02, and with a knob to the left of each. The dials were marked successively ‘R’, ‘G’ and ‘B’, indicating the different Decca chains they corresponded to. A panel beneath the dials swings down to reveal controls for adjusting, setting the appropriate chains and so on.

The Decca system of phase-comparison was different to other navigation systems such as Gee and Loran, which used pulse-timing systems. The areas between the lines of zero phase difference in a Decca pattern were known as ‘lanes’. The approximate widths of each lane on the baseline were as follows; red 450m, green 590m and purple 350m. Lanes were grouped into ‘zones’ with each zone containing 24 red, 18 green, or 30 purple lanes.

The zones were lettered, and the lanes numbered, outwards from the master station. Each group of ten zones was lettered from ‘A’ to ‘J’, and the lanes in each zone were numbered - red: 0 to 23, green: 30 to 47 and purple: 50 to 79. The correct zone letter had to be determined from normal navigational methods, and by reference to the appropriate Decca latticed chart. The zones were about six miles in width on the baselines, although the width increased, away from the base-lines.

Decca was a firm favourite of trawlermen, who would follow a selected lane as their main navigation source when trawling their nets. In fact, it was so popular with them that the closure of the Irish Sea coverage, as part of their general closure of the service in 2000, was delayed by several months.

Even now, many trawler skippers still regret the closure of the Decca navigation system with its lane structure. Many felt that Decca was a much more robust navigation system, compared with the plotting of satellite navigation waypoints.

Aircraft also used Decca for navigation, and I have fond memories of one night sitting in the third cockpit seat of a Viscount 700 Series, watching the onboard Decca navigation scrolling map constantly plotting our position while we were flying between Liverpool and Belfast.

Apart from Decca’s own receivers some other companies also produced receivers for Decca navigation.

Decca was extensively used by commercial vessels for many years.

In the late 1980s and early 1990s, a more basic and compact Decca navigation receiver was developed, specifically for use by small leisure craft and working vessels, which did not have space available onboard for a full Decca system or could not justify the cost of the equipment.

The new, compact, receiver system was marketed as Navstar D2000 (Fig. 4). The letter D stood for dinghy and I seem to recall the receiver cost just under £100 when it went on sale, making it very affordable for the owners of small craft. I remember one of our local electrical retailers selling these at the time, but I have never played with one. As far as I know, it was a very simple Decca receiver, which provided your current position and, I think, a bearing and distance to one or two waypoints.

Unfortunately, the Decca system was shut down in 2000, as commercial users moved to the use of satellite navigation systems. In the UK, the former Decca transmitter masts at Earls Hill, Stirling and Wormleighton remain operational, now transmitting Differential Global Positioning System (DGPS) correction data.

Table 1 details the former Decca chain stations that were operational in the British Isles.

The frequencies are as they were detailed in ALRS (Vol. 2, 1997). Other resources may show differences.

More information on Decca, including its worldwide chains, and details on other hyperbolic radio navigation systems are available on the excellent website at this URL:

Towards the end of the summer, a group of youths were hiking in our local mountains. The weather was fine. However, the local mountain rescue team (MRT) was called out to assist one member of the group who had sustained an injury. No, he did not slip and fall; he was hit on his head and neck by a sheep that had fallen from a rocky crag above him.

The MRT provided initial medical support and packaged the casualty for transportation to the hospital, from where he was later discharged with no serious injury. According to the MRT, the sheep did not suffer any injuries. Until next time, fair winds.