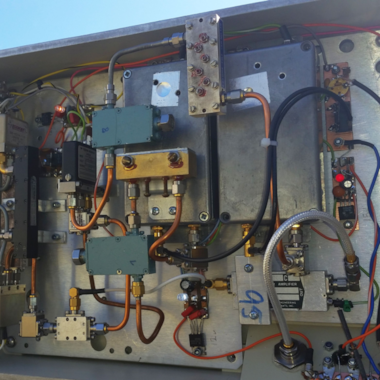 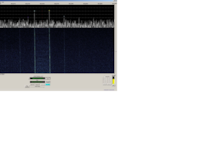 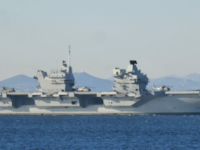 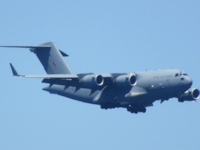 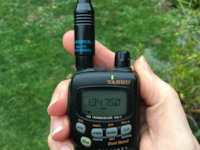 This month, scanners enthusiast Tim Kirby continues his mini-series on receiving signals from deep space, reports on scanning in Gibraltar and revives an old Yaesu VX-1R.

Thank you so much to those readers who have taken the trouble to introduce themselves and write with details of what they enjoy listening to! It’s fascinating, and I have already learned plenty and have been inspired. If you haven’t emailed so far, then please do – it would be really great to hear from you.

Readers who were ‘with us’ last month may remember that Paul Marsh had kindly shared some information about his station for tracking spacecraft in deep space.

Paul continues with his explanation of what’s involved:

“Some technical knowledge will be required to build and optimise the Low Noise Amplifier (LNA) and down-converter. Frequency stability and accuracy is extremely important; often you will be looking for a signal in a few kHz of bandwidth at 8.4GHz, and this may be a dB or two over the noise floor; you will have ‘antenna pointing uncertainty’ to factor in as well, so it's worth addressing frequency stability and accuracy.

“There are a number of solutions that can help here, mostly with off-the-shelf GPS locked-frequency sources. Figure 1 shows my downconverter, currently in use for receiving Deep Space Network (DSN) spacecraft. The entire converter’s frequency reference comes from a shack-based 10MHz source, which is locked to GPS timing and is therefore extremely accurate. As a fall-back, a GPS-disciplined rubidium oscillator is available.

“Frequency standards are a huge area of interest and it's easy to become fanatical about accuracy. Antenna pointing is another interesting area and has been made significantly easier with the availability of the JPL solar system dynamics tool ‘Horizons’, at this URL:

“This allows monitors to enter key station data (latitude, longitude, height above sea level) and compute accurate pointing data for any spacecraft, planet, asteroid and so on. Once you have apparent azimuth and elevation figures in 5-minute intervals, it's very simple to align your dish with a compass and precision elevation level; prior to full automation here, I used this technique for 13 years! This can be automated, once your station is established and offers ‘point-and-click-DX’.

“Since the spacecraft we are interested in tracking, are moving relative to the motion of the Earth, there will be a Doppler Shift. For spacecraft like STEREO-A, the shift is small because the spacecraft is operating in the same orbital plane as Earth. For other spacecraft, such as those in orbit around Mars, the relative velocity can alter dramatically. The Horizons tool mentioned above provides the ‘delta-dot’ parameter or range rate. This is measured in km per second and can be fed directly into my frequency calculator spreadsheet to provide the correct tuning frequency. Have a look here:

“Usually it is possible to get within a couple of kHz of a downlink frequency, enabling you to use a narrow span (10-20KHz) in your software radio application to visualise the signal.

“Antennas are particularly important. The old saying of ‘bigger is better’ certainly applies in this case, and you should use the biggest dish antenna you can reasonably get away with. A diameter of two to three metres is ideal. However, a 1.2m offset would be a great start for some of the closer spacecraft.

“I have included an example (Fig. 2) of a signal I received, from the YUTU Lunar Rover, which landed on the Moon on the 1st December 2016, and which was tracked by amateur observers from shortly after launch.

“We have a Yahoo Group for coordinating Amateur DSN activities, discussing microwave hardware and so forth. This can be found at this web address:

“An overview of current spacecraft, which can be received can be accessed at this URL:

It is great to hear once more from Kev Hewitt in Gibraltar. Kev writes, ‘Gibraltar, being surrounded by water on three sides and having its own airport, has very active marine and air bands. My monitoring station on the Rock has three scanners; a Uniden UBC355CLT monitoring the 446 PMR channels; a Realistic PRO 2021 scanning the marine band; and a Realistic PRO 2045 for the air band.

“Other frequencies monitored include 145.800MHz FM for ISS SSTV images, decoded with MMSSTV (this is also the  downlink frequency for phone contacts); 145.825MHz FM (the ISS digipeater decoded with a UZ7HO soundcard modem) and UISS; 145.960MHz FM; and 145.880MHz FM, the 2m phone downlinks for the amateur radio satellites AO-91 and AO-92 respectively. I use an Alinco DJ-X3 handheld scanner with earbud headphones for discrete monitoring while I am out with my camera.

“The PRO-2021 has been fitted with a discriminator tap. This provides the unfiltered audio output required for decoding AIS and pager data signals. Information about the discriminator tap can be found at this URL:

“I use an RTL-SDR dongle with SDR#, VBcable and ShipPlotter to trace shipping positions decoded from AIS transmissions on 161.975 or 162.025MHz FM. A second RTL-SDR dongle, used with dump 1090 and PlanePlotter, plots aircraft positions decoded from ADS-B transmissions on 1090MHz. PlanePlotter can also decode ACARS data transmitted on 131.725MHz AM in Europe and display the messages. Both these systems add a visual dimension to my scanning activities.

“Most transmissions received are routine, day-to-day, communications (Figs. 3 and 4). However, I have heard aircraft request assistance on landing on two separate occasions: A distress call from a sailing vessel on fire close to the runway and two SAR operations. The first search was for a man overboard from the Tangiers ferry; the second one was a search for souls overboard after a capsized vessel was spotted in the Strait. The RN Gibraltar Squadron regularly read out warnings to Spanish vessels making incursions into British Gibraltar territorial waters.’

Thank you too, to Barbara Barton, who wrote with some interesting notes. She enjoys listening to the ships and boats around London’s Tower Bridge and St Katherine’s Dock. From her home in Kent, she uses a Yaesu VR-500. Barbara enjoys the airshow traffic in the summer, and she can hear activity from Eastbourne, Biggin Hill and Headcorn. Out and about, Barbara uses a couple of Yaesu VR-160 radios. She says that these do not have much speaker power but are great with headphones. Barbara is intrigued by the possibility of listening to town centre communications such as ShopSafe and Pubwatch and says she may have to be brave and look into one of the digital receivers! Barbara enjoys listening to aircraft too and remembers going to London City airport with her mother and using the Docklands Light Railway to Royal Albert where she says there’s a lovely view of the runway and stands. They’d put the tower frequency on and have a picnic!

Another very interesting series of emails came from Paul Beaumont who wrote, “I was particularly interested in your mention of satellites, something that has interested me for years. I used to monitor Salyut 7 and it’s attached Kosmos 1686 until its de-orbit early 1991. That was on 19995kHz. I was lucky to meet Geoffrey Perry (of Kettering School group and first-Sputnik-tracking fame) at Nottingham University in 1989.

“I do listen occasionally to the Brazilian pirates on the UHF MILCOM series, using a home-brew antenna. The crossed dipoles are more than adequate, although, for a little more signal, a preamp can be used. It doesn't have to be crossed dipoles, as far as I can see. Two quarter-wave lengths, fixed at 120 degrees in a ‘V’, seem to function well with NOAA, and there should be no reason why this should not also work for the MILCOM stuff. No need for fancy construction, perhaps a ‘choc-bloc’ and 16SWG wire, plus a coax feeder. Try horizontal (ish!) polarization and point in the general direction of North.”

Paul continued, “My real interest is the intercept. I’m not particularly interested in signal content but in quality. I am happy to go 'on-site' to detect signals with a spectrum analyser and then confirm them using a scanner. In this way, outside a London Football club, I detected a massive peak and noted the frequency. Then I was approached by the security manager, who demanded to know what I was doing. I answered that I was detecting RF energy. He asked me to remove myself from the gate area, as I was damaging the reputation of the football team! The massive signal had come from the security guard by the gate.”

“I also visit shopping malls to do the same thing; I'm just a bloke listening to music when I enter, having done the RF survey outside the mall. The scanner connects via a Bluetooth unit, for which I get around three hours of operating time. When the battery runs down, I just plug in another unit along with the earpiece.”

“Another transmission I listen to is the Calls to Prayer from local and more distant mosques, using UHF. The radios being sold into the religion are not unfamiliar to the amateur, although there are some purpose-built units for around £50.”

Paul noted my comments about my having enjoyed the Yaesu FRG9600 receiver and said, “What a belter of a set. I used one around 1985/6 professionally – fitted with the vision card and in conjunction with a VLF receiver for 10 to 200kHz – to explore Wim van Eck's electromagnetic attack on monitors.

The team I was working with were able to target different terminals and view remotely, with reasonable resolution, the target screen.

“The technique was not new; previously codenamed STOCKADE, it was used in London against embassies whose signals 'needed' to be read in the 1950s and 1960s. The purpose of my remit was to develop a device to screen against such dastardly and underhand attacks.

“Whilst BBC's Tomorrow's World' had a field day demonstrating this 'new and exciting' discovery, there really was nothing new about it at all. One private supplier of spying equipment had a device called EMDAR (Electro-Magnetic Display Analytical Recovery) for hire. EMDAR consisted of the Icom IC-R7000, a modified monitor and a thumbwheel-tuneable oscillator [probably between 10 and 99.999kHz to set the line frequency.”

Andrew Garratt, from Newark in Nottinghamshire, enjoyed listening to the many radio communications that surrounded the Tour of Britain cycle race when it came to his area in early September. He was able to hear race directors and media coverage, with the director asking for different camera shots at various locations.

We’ve been having a bit of a sort-out here at home, with a house move on the horizon. One thing I ‘found’ was my almost 20-year old Yaesu VX-1R. Although this is a 2m/70cm transceiver, it actually doubles as a handy little receiver to slip in a pocket (Fig. 5).

The problem was that the rechargeable battery refused to hold any charge. Several times, I had looked at the possibility of getting a replacement, but I struggled to find one. I don’t know what made me check the other day, but I did locate a replacement. Not cheap, and it needed to be sent from Italy, but it arrived in a day or two. I was delighted to find that it worked fine.

Now I am enjoying the VX-1R again, particularly on the aircraft band. The original antenna for the VX-1R seemed to have an intermittent fault, so I tried it with a Nagoya NA-771 that I had around. This enabled much better reception, although the antenna is of, course, rather large, compared to the size of the VX-1R. It is an interesting little set, and it will be fun to see what I can do with it, now the battery problem is sorted out.

That’s it for this month. Thanks again to everyone who’s been in touch. I am looking forward to hearing from more of you. Please don’t hesitate to get in touch.