The Founder of Radio Caroline Dies 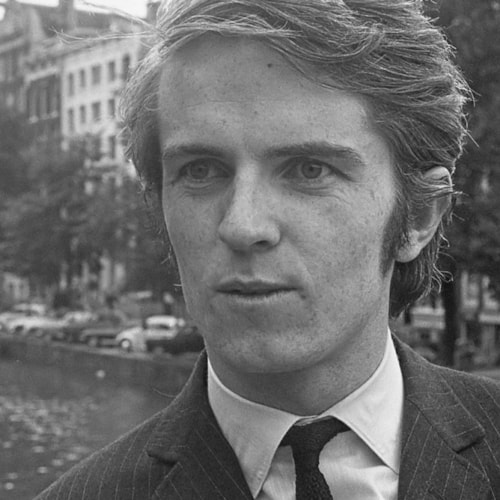 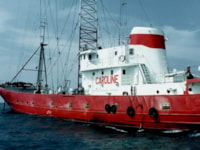 Ronan O'Rahilly, the founder of Radio Caroline, has passed away aged 79 near Greenore in County Louth, where the station's original boat was kitted out in 1963, eventually going on to launch from the North Sea at Easter 1964. Ronan O’Rahilly was the son of 1916 Easter Rising hero Michael O'Reilly, a.k.a. The O'Reilly. O’Rahilly first became known as a player in the ‘Swinging London’ scene of the 1960s, managing Alexis Korner (the blues-rocker who nurtured the career of the Rolling Stones) and Georgie Fame. Fame eventually had three UK No 1 singles, but O’Rahilly initially struggled to get his musicians noticed by BBC stations and the then-popular Radio Luxembourg, and so he instigated his own station, Radio Caroline, in 1964. The Irishman set about creating the pirate station from the MV Caroline, anchored in international waters off the coast of Essex in England.

He revolutionised Irish and British broadcasting. With a much less diverse radio industry than today and the BBC only playing two hours of pop music a week, Radio Caroline quickly amassed a listenership of millions for its daytime pop-focused output. Several Radio Caroline’s DJs moved to the newly- created Radio 1, which had been influenced by the success of the former and another offshore station, Radio London. Having merged with a rival pirate Atlanta Radio, a second ship, Radio Caroline North, dropped anchor off the Isle of Man with the signal thumping into Ireland. In 1967, an act of parliament outlawed offshore radio stations because they were not paying royalties to artists and that their broadcasts could interfere with emergency channels Both the South and North ships continued broadcasting until 1968 when they were forcibly towed away by a Dutch maritime supply company who claimed that Ronan owed them a considerable sum of money.

The station returned from one of the original ships in 1972 but closed in 1980 when the MV Mi Amigo sank during heavy North Sea storms. Against all the odds, Ronan masterminded another watery comeback in 1983 aboard the MV Ross Revenge. Radio Caroline then moved to Dutch waters and continued broadcasting at sea until 1991. Radio Caroline's 27-year unlicensed career ended in that year, following a prolonged campaign against it by the British, Belgian, and Dutch authorities, which culminated in the former Icelandic trawler being raided and equipment removed. It now operates as a legal medium wave (648kHz) and online station featuring several of its old North Sea staff.

The Radio Caroline story became the basis for the 2009 Richard Curtis film The Boat That Rocked.

Check out a forthcoming issue of RadioUser, for an assessment of Ronan O'Rahilly work and impact.