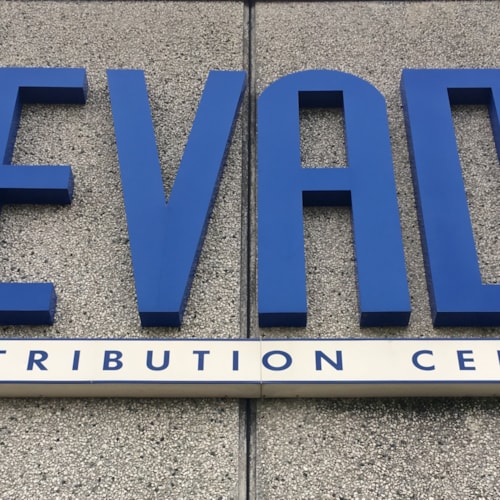 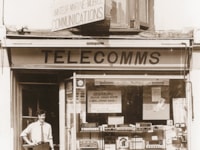 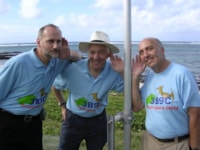 It is 50 years this September, when, in 1969, Mike Devereux G3SED, opened an amateur radio and electronic component retail shop in the centre of Portsmouth trading as Telecomms, later adopting the Nevada Radio name in 1974. Mike had been hooked on amateur radio from the age of twelve, obtaining his full call sign when just fifteen years old. Over the ensuing 56 years, he has become one of the leading figures in amateur radio, being awarded in 2012 the Prestigious RSGB R.O.T.A.B trophy for outstanding and consistent DX achievements. A keen and proficient CW operator, he is also a member of the First-Class Operators Club, limited to just 500 members worldwide.

Mike’s passion for amateur radio has got him involved in many projects over the years, quite apart from his involvement with Nevada Radio. In the 1990’s he was part of the team that provided communications for Camel Trophy Rallies in remote parts of the world. Whilst working for Camel, he and the team operated amateur radio from Borneo, Central America, Belize and travelling over the Andes mountains, the Atacama Desert in Chile. In 1994, he was part of a 10-man team that put Jordan on 6 metres for the first time with the call JY7SIX. The team were there at the invitation of King Hussain and looked after by the Royal Jordanian Amateur Radio Club.

Mike was a founder member of the 5 Star DXpedition group, who put on some of the world’s largest DXpeditions. His company Nevada Radio both sponsored the operations and stored the equipment at their Portsmouth warehouse. Mike was appointed ‘antenna king’, to oversee both the selection and layout of antennas; he operated himself on the 9M0C (Spratly Islands), 3B9C (Rodriguez Island), and D68C (Comoros) DXpeditions. He also supported the 3B7C and T30C efforts, testing antennas at his home QTH. For Mike, the Nevada Radio business was a natural extension of his passion for amateur radio. After studying for an electronics degree, a quirk of fate found him renting a shop at 73 Twyford Avenue, Portsmouth (The clue is in the address?)  Initially just intended as cheap student ‘digs’, he decided to open the shop and see what happened.

Initially, he sold electronic components and ex-government radio equipment; the business flourished so well it was not long before he had the whole range of Kenwood, Yaesu and Icom for sale. Mike would also be repairing TVs Hi-Fi and sound equipment in the workshops behind the shop, whilst doing amateur radio rallies at the weekends. It was the repair of sound equipment that was to present Mike with another business opportunity when one Sunday morning the local town hall called to ask if he could fix their concert sound system, as they had Max Bygraves appearing that evening. The ancient system was beyond repair and so, to save the day, Mike called several customers and put together a system for the evening. Max Bygraves’s manager was so impressed he asked Mike to provide him with a sound system for the tour.

Once on the road, Mike was introduced to many other stars and spent a 7-year period supplying and operating theatre sound equipment. He worked with the likes of Bruce Forsythe, Dave Allen, Tommy Cooper, Morecambe and Wise, and ending up with Elton John and Kiki Dee for their hit single Don’t Go Breaking My Heart. Back in Portsmouth, the amateur radio business was complemented with a fledgeling sideline, selling sound equipment, Disco, lighting and musical Instruments. That side of the business developed so rapidly that Mike had to move to much larger premises.

In 1974, therefore, the fully-fledged Nevada Music business was born. Hungry for growth and seeing the number of 70’s local musicians desperate for fame and fortune, Mike built a 16-track recording studio on the first floor above the shop. With the studio an instant success, he set up Wessex Music, in a co-publishing deal with Warner Bros Music, to spot local talent early and help bands to success. Over the years, Nevada Music consistently grew and won awards, for their website, innovation, business excellence, as well as their work with schools to encourage children to take up music.  The music business was sold in 2016 to Professional Music Technologies who still remain in the Nevada Music building, opposite the radio warehouse, at Farlington Portsmouth today.

Nevada Radio, in the meantime, continued to grow and started a distribution division in 1978 selling portable radios and electronic accessories to the large retailers. In 2003, Nevada was one of the first companies to be involved with the new DAB digital radios. At their peak, Nevada was selling over 30,000 DAB radios to the likes of John Lewis, Dixons, Maplin and other high street retailers. In 2005, Nevada won a prestigious What HiFi Award for their NEVADA branded portable DAB radio. The radio distribution side flourished, until, in 2016, with many high street retailers in trouble, Mike decided that it was time to concentrate exclusively on the core business of amateur and hobby radio. Never one to stand still, in 1995 Mike had the opportunity to purchase ailing Citizens Band Magazine. This was quite a challenge, as he had never published a magazine before and was given quite literally weeks after signing the contract with Argus Specialist Magazines to produce the first magazine. In 1996, he enlisted the help of Elaine Richards (now editor of Radcom) to help him develop the magazine. Between them, they grew the magazine widening the scope and renaming it Radio Active. The magazine grew year on year under Elaine’s stewardship until 4 years later it was sold to PW Publications who were anxious to own a growing competitor.

Nevada has also, for the last 20 years, incorporated its own PR Company to promote products within the company and liaise with many manufacturers. They provide PR, design and social media services to external clients too. Mikes success is due in no small part to loyal and dedicated staff, some of whom are now approaching 40 years with the company.  The Nevada front line staff are Radio enthusiasts whose motto is “to treat our customers the way we would want to be treated ourselves”. Nevada is now the longest-serving amateur radio retail emporium in the UK and will celebrate with a special dinner for staff and a few guests in September. During September, Nevada will also be offering selected daily deals to celebrate the anniversary.