A Preview of Radiodays Europe 2020 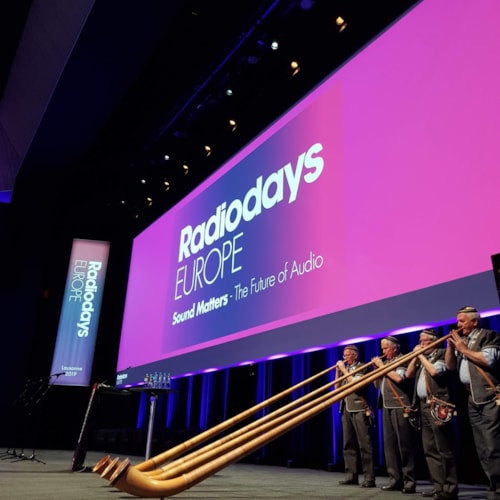 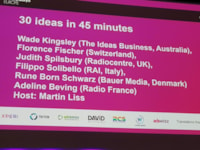 Radiodays Europe 2020 is on the Horizon!

It is a promising time of the year; there is an optimistic sense of spring in the air here on the Sussex coast and some spectacular sunsets. Listening-wise, exciting transatlantic medium wave radio stations are coming into the UK and, equally exciting to me, the doyenne of radio conferences starting to warm up.

Yes, it is not long until the annual Radiodays Europe conference. This smorgasbord of audio and radio content, this delectation of engineers and directors, on-air talent, innovators, producers, software gurus, educators and more are casting an eye towards spring in Portugal.

It will be in the capital, Lisbon, that thousands will gather to see exciting exhibitors, be enthralled by radio presenters' tips and ideas and discuss the current - and future-  state of play in this golden age of audio. Social media, radio as video, podcasts, the connected car, successful and groundbreaking programme content, engaging youth audiences and much more will be debated and developed over a few days of networking and socialising, from Sunday, March 29th.

As in previous years. I plan to attend, in order to blog, Instagram, tweet and write reports for my Emerging Issues in Radio column in RadioUser magazine. I always return inspired and invigorated by the great shape that the industry is in.

The Radiodays Europe idea was conceived in Scandinavia by Rolf Brandrud from Norway and Anders Held from Sweden. This led to the inaugural conference taking place in Copenhagen in 2010. Since then it has weaved its way through some major European cities including Barcelona and Berlin. It is now a major conference and trade fair with over 1600 people attending from over 60 countries, with many visitors from beyond Europe.

The format has grown, and there is also an accompanying Radiodays Podcast Day. After the initial two in Copenhagen, this event moved to London last year, where it remains in 2020, on June 16th. Last year saw the first Radiodays Asia, which in 2020 will take place in Kuala Lumpur, Malaysia on September 2nd and 3rd.