Sea Monsters and Other Catches 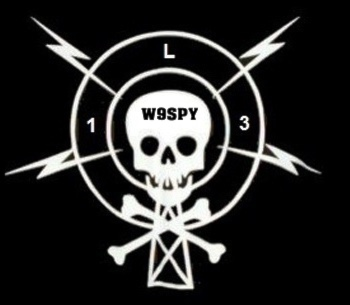 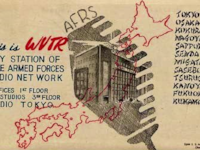 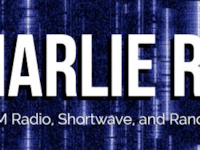 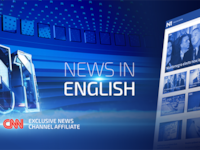 This time, Chrissy Brand's exploration of radio websites includes a historic radio hoax, coverage of an astonishing FM DX catch from Newfoundland and some readers' tips.

Welcome to the bimonthly Radio Websites column, in which I look at all kinds of radio websites to enhance your enjoyment of the radio communications world.

This time, I'll start with the beta version of the Compare My Radio website. This effectively ‘takes notes’ and compiles data on major UK music stations. It shows the most-played artists and tracks as well as providing random links to UK music stations.

From the site, you can glean interesting snippets such as which station plays Coldplay the most often (‘Absolute Radio 00s’ is the answer). There are also comparisons of any two stations' output. The data is aimed at radio station directors and those in charge of playlists.

However, it also reveals just how homogeneous and uniform most UK FM stations are. Not that they need to be, nor should they be, if they seriously want to offer listeners some real choices.

Compare My Radio is run in conjunction with Radio Monitor, who track 4,700 radio and television stations. The organisation states, "We monitor music airplay across Europe, Canada, South Africa, Australasia and the Middle East and compile daily airplay charts for 90 countries as well as providing powerful in-depth analysis to all parts of the record industry."

The DX Catch of the Year prize may well belong to Paul Logan in Lisnaskea, Northern Ireland. Back on July 8th, at 2135 UTC, he heard CBC Radio 1 from Newfoundland on 88.5MHz. This was from a distance of 3,200km. Paul was operating an SDR receiver with a five-element beam. You can read more at Paul's FM DXing website and watch his YouTube channel, Yogi540.

Another good website, which also referred to the above catch, is called EI7GL Blog, Scratchpad and Links. It mostly consists of EI7GL's radio experiments from the south coast of the Republic of Ireland. He wrote of Paul's reception success, "The only other person to have heard a Band 2 transatlantic signal from North America was David Hamilton in Scotland who heard Newfoundland in 2003. Incredibly, a small number have managed to hear Band 2 stations from the Caribbean which is a more southerly path, albeit further away."

Radio Survivor is a wonderful North American website, podcast, blog and social media presence that you could spend many evenings engrossed in. The creative trio behind it, Matthew Lasar, Paul Riismandel and Jennifer Waits, explain that "Radio Survivor attempts to shed light on the ongoing importance of radio: from the airwaves (FM, AM, short wave, HD, satellite) to online. We are proponents for the relevance of radio as a participatory communications medium. As both fans and producers, we write about the problems and prospects of radio.

“We embrace college radio stations in crisis. We defend radio pirates. And we care about the ongoing survival of our favourite radio stations. We are obsessed with the future of radio and are charmed by radio historians, radio dramatists, radio bloggers, and by anyone else who cares about radio as deeply as we do."

I follow hundreds of radio related feeds on Twitter and here are some recent highlights. Strange Beacons (Fig. 1) is the handle of a Pacific North West individual, Curt Rowlett, who specialises in monitoring and disseminating details of all manner of communications, electronics, numbers stations and various radio oddities. Some of these make for an almost fantastical read. There is also a YouTube interview with Curt conducted by Hollow Earth Radio's Garrett Kelly earlier this year.

I learned about the American armed forces radio station WVTR in Tokyo (Fig. 2) that, in May 1947, it "interrupted its evening broadcast of dance music with a disturbing news bulletin: a 20-foot sea monster had emerged from the waters of Tokyo Bay and was making its way inland. The entire region was said to have been thrown into chaos."

There is another article on this same hoax story, written by someone who heard the radio broadcast live, Ernest L Gunerious. This can be read at the Radio Heritage website.

You will probably also enjoy the report on what it's like to work on the Hawaiian island of Kauai, at the US National Institute of Standards and Technology short wave station WWVH. The station’s main objective is to broadcast Coordinated Universal Time throughout the Pacific region. Read more and view a video on the NIST website.

Bravo Charlie Radio tweets about a diverse range of ham and broadcast radio topics (Fig. 3). It's an e-hub that collates ham radio, short wave and random radio oddities. You can follow it for radio chatter, space weather, AMSAT, SOTA and IOTA alerts. Twitter is just one strand of the social media used by Bravo Charlie Radio.

You will be drawn into an excitingly-designed, information-packed website, which started in 2016. It is run from South Wales by James Pearson-Harris MW6JUY. When you become a member (for free), this enables additional features; these include live chat and access to fellow members’ profile pages.

I also read, via another Bravo Charlie Radio link, of exhilarating plans for an August 2019 amateur radio DXpedition to St. Paul Island in the Atlantic Ocean (fifteen miles off of Nova Scotia). This will be a repeat of a 2016 trip.

Radio Ink is a US-based magazine that I follow on Twitter and Soundcloud. It claims to be radio's premier marketing and management magazine. The website is full of breaking news stories, mostly with a North American focus.

Its Soundcloud channel contains interviews with radio big hitters, webinars and other, sometimes controversial, subjects such as the legalisation of marijuana.

Graham Smith found a number of useful websites that will appeal to radio communications enthusiasts. He noted that the BBC now has a website in Serbian, although there is, sadly, no corresponding radio service.

Since April, the Croatian TV station N1 has an English page and a video channel (Fig. 4). I found some interesting stories there, including the tale of the Croatian coast guard's rescue of a British woman who fell off a cruise ship as well as another story concerning a drone race.

Drone racing is now an international sport and a competition was held near Sisak in Croatia in August. Over 30 pilots from Croatia and abroad participated. Just like listening to an international radio station's broadcasts, it's always refreshing to read news and features in a language you understand, from a different nation's perspective. N1 is an affiliate of US company CNN.

Graham said that there were no sunspots between June 27th and July 20th. For numerous infographics on sunspot numbers and more information relevant to radio hobbyists, you should visit the sunspot index and long-term solar observations website, based in Belgium:

It is now time for a perusal of the Transistor Museum website. Thanks to Jack Ward, this first came online at the start of the century. It has evolved with expanded sections on oral histories, a photo gallery, acquisitions and donations, photo essays, research articles, construction projects, and a ‘timeline of transistor history’.

There is a wealth of invaluable heritage to be enjoyed here and the website was revamped last year. It still uses the now frowned-upon Comic Sans font (and in capitals to boot!)

But I'll forgive Jack and his team for that, due to the sheer depth of research and resource that is on offer here.

Bob Houlston opined that, although hobby radio equipment may be expensive, it's hardly likely to be stolen by a thief cruising a motorway service area car park with, “Psst! Wanna buy a well-used RCA AR-88 receiver or a Datong Morse Tutor?”

However, in the unfortunate case of fire or flooding, it may make it easier to claim insurance if your prized possessions are listed online. You can do this for free, thanks to the Immobilise website, which states it is the UK “National Property Register”.

You can upload text and photos of your prized communications gear to your heart's content.
www.immobilise.com

Finally, a lot has been written and said about World War II radio history, Bletchley Park and the breaking of the Enigma code but what about an account of an alternative radio code that really was unbreakable?

The most famous role of US Native Americans in World War II was performed by some Navajo Radio Code Talkers.

The Code Talkers used their complex native language to help the American troops keep plans secret from the Japanese. A CNN article from last autumn gives an overview of the incredible story of the Navajo Code Talkers, one that got lost in all the politics. There is also a surprising number of published books about them (see below).

Bingaman, J. and Nez, C. (2012) Code Talker: The First and Only Memoir by One of the Original Navajo Code Talkers of WWII