In the first instalment of our new, bi-monthly, column on the radio in history, maritime historian Scott Caldwell shows how a murderer on the run could escape from the long arm of the law 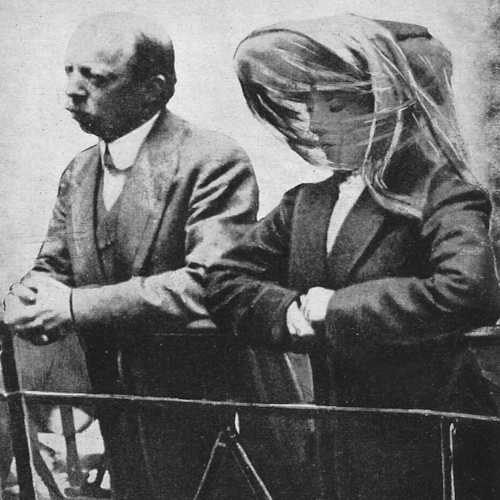 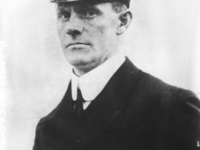 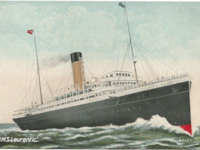 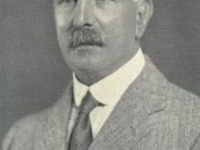 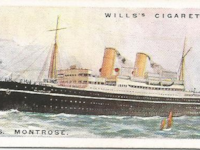 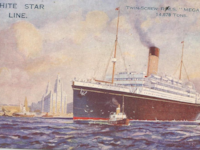 In the first instalment of our new, bi-monthly, column on the radio in history, maritime historian Scott Caldwell shows how a murderer on the run could escape from the long arm of the law – but not from wireless telegraphy.

Dr Hawley Harvey Crippen (1862-1910), it seems fair to say, was locked in a very unhappy marriage. Under the high moral code of Edwardian Society, he could not escape from his wife, Belle Crippen (1872-1910). Any form of separation would have ruined his reputation, socially, publicly and professionally.

In Crippen’s view, his wife’s behaviour had become more ‘erratic’; it included collecting expensive diamonds, drinking too much and flirting with men. All this pushed Dr Crippen into the hands of his secretary, Ethel Clara Le Neve (1883-1967) (Fig. 1).

They both resided and worked in London but held American citizenship, and he was constantly attempting to enhance his social and professional standing.

However, Belle’s reckless behaviour had created problems for Dr Crippen’s career. In 1899, he was dismissed from Dr Munyon’s Pharmaceutical Company, due to spending too much time managing Belle’s stage career. This formed a deep resentment in Dr Crippen’s mind; he simply could not control his anger.

In February 1910, Dr Crippen undertook some drastic action to escape from Belle and from what he saw as her controlling ways. He murdered her with a mixture containing Hydrobromide of Hyoscine, which was discreetly put into her drink. There is some evidence to suggest that she was also shot.

As is now well known, he disposed of her dismembered body in his cellar and attempted to convince friends that she had returned to America, in order to attend a sick relative. His lover soon moved in and she took on the role of housewife and supported Dr Crippen’s career aspirations.

To remove further links associated to Belle, he sold some of her jewellery and presented Ethel Le Neve with an expensive broach. However, the pressure began to tell on Dr Crippen.

This message was delivered to the White Star Line’s London office, via the Allan liner Sardinian, from which, in turn, Scotland Yard was informed.

However, the range of the wireless equipment used was pitifully short: 150 miles in daylight and approximately 500 miles at night.

This wireless report, naturally, led to considerable interest from the London press. They reported on the race of RMS Laurentic (Fig. 3), which attempted to intercept SS Montrose (Fig. 4) at the earliest opportunity.

To maintain the element of surprise Chief Inspector Walter Dew – who was also involved in the hunt for ‘Jack the Ripper’ – booked passage under the name of ‘Dewhurst’. They even proclaimed that Dr Crippen had been caught by wireless technology, nick-named the “Electric Constable.”

Captain Kendall was clearly enjoying the limelight and sent many wireless messages, regarding Dr Crippen and his accomplice’s passage. An example of one such message is “I am confident Crippen and Le Neve on board. Crippen has shaved his moustache and is growing a beard. He has no suspicion that he has been discovered. Passengers are also ignorant of the identity of the couple. Le Neve refrains from talking. They have no baggage. They are always together and very reticent with other passengers. Crippen has stated that he is a great traveller and has been many times in the United States. They are very sleepless at night… They spend much time in their cabin. Both appear bright in presence of other passengers but show signs of worry, when alone together.”

An Eye for Detail

Captain Kendall displayed a keen eye for detail; he liked to read amateur detective novels. He issued strict instructions that Dr Crippen was to be closely and permanently watched at all times during the voyage.

The subsequent, detailed, observations were written up and recorded in the ship’s official logbook. The Daily Mail published the following detailed message sent from Captain Kendall: “I warned my chief officer that it must be kept absolutely quiet, as it was too good a thing to lose, so we made a lot of them and kept them smiling. Le Neve has the manner and appearance of a very refined, modest girl. Her suit is anything but a good fit. Her trousers are very tight about the hips. They have been under strict observation all the voyage, as – if they smelt a rat – he might do something rash.

“I have not noticed a revolver in his hip pocket. Crippen continually shaves his upper lip, and his beard is growing nicely. I often see him stroking it and seeming pleased, looking more like a farmer every day. He sits about on the deck reading or pretending to read, and both seem to be thoroughly enjoying all their meals.”

If Crippen had booked tickets in third class he would have most likely succeeded in his escape, as his social interactions with senior crew members would have been very limited.

R.M.S Laurentic (Fig. 4) was a medium-sized steamer, owned and operated by the White Star Line. Her service speed was approximately 13 knots, much faster than the Canadian – Pacific steamer Montrose, which provided Dr Crippen’s means of escape to his native America.

He boarded the SS Montrose in Antwerp, Belgium with Ethel Le Neve as saloon passengers, under the pretence of being father and son. The confines of a small steamship meant that they could not escape from unwanted attention from both the crew and fellow passengers.

The information provided by Captain Kendall enabled Scotland Yard to act. The Yard had to be seen to act because the force had to enhance its image which had been damaged by Dr Crippen’s escape.

To beat the SS Montrose into the St Lawrence River, Chief Inspector Dew booked passage on the RMS Laurentic (Fig. 2). He sent a number of messages to Captain Kendall; this was later reported by the press who claim that: “Captain Kendall, of the Montrose, kept Inspector Dew thoroughly informed of his disguised passenger’s movements during Friday afternoon and Saturday, and the detective dispatched instructions to guard against the possible use of poison or other means of suicide.”

This news – and a hundred alarmist rumours – intensified curiosity and induced the press correspondents to sit up all Saturday night at Father Point with a special watchman placed over Inspector Dew.

The flow of messages was quite remarkable and all messages relating to Dr Crippen and his movements were allocated top priority over other commercial wireless traffic.

In order to board the SS Montrose without causing alarm, Chief Inspector Dew accompanied the river pilot and headed directly towards Dr Crippen’s stateroom.

Once in, he promptly removed his cap and said “Good morning, Dr Crippen. Do you know me? I’m Chief Inspector Dew from Scotland Yard.”

The shock on Dr Crippen’s face soon gave away and he is reported to have replied, “Thank god it’s over! The suspense has been too great. I couldn’t stand it any longer.”

He then meekly held out his wrists for the confinement in handcuffs.

Crippen and Le Neve were formally arrested on 31st July 1910. Both left for England, on the White Star Line Ship RMS Megantic. The repetition of Scotland Yard had been restored in society and the popular press.

Later, the dramatic story of the arrest of Dr Crippen and Ethel Le Neve was made into a popular song:

Ran away with Miss Le Neve

Right across the ocean blue

The end came for Dr Crippen on 28th November 1910, when he was hanged at Pentonville prison.

During, his five-day trial Crippen maintained his innocence throughout and would not cooperate with the court.

Ethel Le Neve hired an expensive attorney and was, rather strangely, acquitted of any crime. She left for Canadian shores and changed her surname to Nelson; she obviously believed that her reputation would have been severely tarnished, had she remained in England.

Captain Kendall was awarded a cheque for £400, for his assistance in the arrest and trial of Dr Crippen. This cheque remained un-cashed; this was Kendall’s way of being reminded of this most significant event in his seafaring career. The next major challenge for him would be the RMS Empress of Ireland.

Members of Dr Crippen’s family have recently questioned the verdict of the trial, on the basis of modern DNA analysis of the body of Belle Crippen.