The Moonraker 7S Plus Network Radio 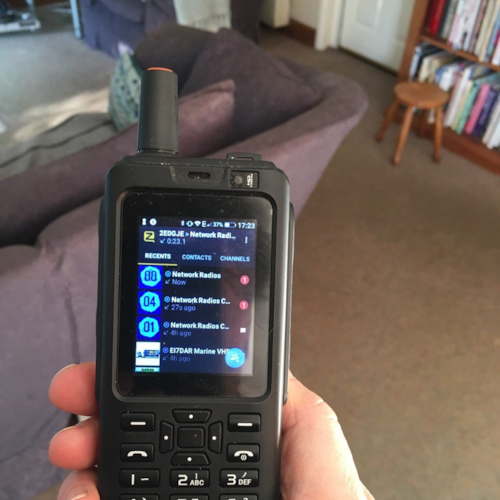 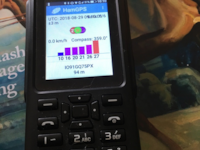 ‘Network Radio’ is one of those ‘Marmite’ things: You either love it or hate it. However, whatever your stance, you can’t ignore the impact it has made over the last 12 months or so.

Hobby communicators, whether licenced amateur radio operators, CB users or communications enthusiasts can all talk together using a variety of Voice Over IP (VoIP) systems.

One of the most commonly used systems is Zello. With any luck, you have already read about Zello – and network radio in general – in Chris Rolinson’s Network Radio column here in RadioUser.

So, how do you ‘do’ network radio? Well, there are all sorts of operational options. You can use your PC, a smartphone, a smart TV, or a ‘dedicated’ network radio device.

A dedicated network radio device is an Android smartphone but with the form factor of a handheld radio. The main differentiator is a Push-to-Talk (PTT) switch on the side of the set.

It’s easy to underestimate the difference that having the PTT button makes! It really does feel like a radio!

Perhaps you’ve tried out the Network Radio concept on a smartphone (if you haven’t – do give it a go!) and liked it and you have decided to purchase a dedicated network radio device.

However, there are other choices in the handheld market – enter the Moonraker 7S Plus!

Table 1 shows the key features of the Moonraker 7S PLUS (as supplied).

Having been a user of the Inrico T-320 for some months, I was intrigued to see what my first impressions of the 7S Plus would be. Unpacking the set, the feeling was of a slightly slimmer and lighter unit than the T-320.

It doesn’t feel quite as solid as the T-320, which has a reputation as a set which you can drop, and it will carry on working. Please don’t take my word on that though and please don’t drop it at home!

The 7S Plus is a little wider than the T-320 and the screen is a little bigger too, which is a real bonus!

Something I immediately noticed was the fact that you could remove the belt clip quickly, which isn’t possible on the T-320, and which I knew had been a source of annoyance for people wanting to keep the set in a shirt pocket.

I put the battery into the unit and switched on. Start-up time seemed quick – slightly faster than the T-320.

The review model already had Zello and Teamspeak installed on it (Fig. 1).

However, normally you will have to log in to the Google Play Store and download these applications.

Zello is free, but Teamspeak (required to use the International Radio Network (IRN)) costs £4.99; if you have used it on another device, you don’t have to pay again.

The screen on the 7S Plus is quite small, so the on-screen keyboard is VERY small! This can be a bit frustrating when you are entering Wi-Fi or other passwords, for example.

You might find that a stylus gives you a bit more control than a fat finger. I also found that the display was initially quite restrictive too – so much so that, when I was in Zello, I could not see the whole username of the station that was speaking at the time. Going into Settings/Display/Font Size and selecting Small meant that I could subsequently see the whole name – albeit in smaller letters.

I found my way around the set quickly. The volume can be adjusted by means of the side buttons. It was refreshing, in comparison with the T-320, to know that, when you turn the volume down, it does go down, rather than (occasionally) up and then down (there’s an intermittent bug in the firmware of the T-320 and the rotary encoder).

The PTT button on the side of the set worked with Zello, Teamspeak and Echolink. I felt the PTT button was slightly less positive than on the T-320, providing a less ‘tactile’ feel.

On the right-hand side of the set, there are two buttons, an orange button and a camera button. Within Zello, I configured the orange button to be a toggle-PTT button (in other words, you push it once to go into transmit and then push it again to go back to receive).

The keypad on the set is of a reasonable size and slightly bigger than the T-320. If you plan to use it as a phone as well as a ‘network radio’, this may be useful to you.

Is My Antenna Connected?

There was some discussion online about whether the aerial on the 7S Plus was actually connected to the transmitter/receiver and whether it made any difference to performance.

Certainly, on Wi-Fi, it didn’t! Fortunately (or unfortunately, depending on how you look at it) I am in a poor cellular coverage area at home, so it was simple to make some experiments.

I popped an EE SIM into the 7S Plus and waited for it to find a signal, which it eventually did, albeit a weak one. However, this was OK for my purposes.

I then unscrewed the stubby aerial and watched to see if there was any difference in the level of the signal displayed. There wasn’t.

I thought I could try and be a bit more ‘scientific’, in case the ‘S-meter’ on the phone wasn’t very accurate, which seemed a distinct possibility. From the Google Play Store, I installed an application called Network Cell Info. This app allows you to get information about the signal strength you are receiving from the cellular network and even see the location of the cellular mast that you are using.

With Network Cell Info installed, I monitored the signal strength with the aerial both connected and disconnected: It made no difference. However, Chris Taylor of Moonraker told me that, when he had been in Cornwall with a weak signal, connecting the antenna had helped.

I am certainly open to the fact that it may make some difference when the unit is using some of the cellular bands (for example with some network providers but not others). However, I think it’s fair to say that the antenna makes a minimal difference to reception.

Incidentally, the 7S Plus works on both 3G and 4G networks as well, of course, as on Wi-Fi.

The 7S Plus, as shipped by Moonraker, comes with a customised, ‘debloated,’ version of firmware. This has had any spyware and unnecessary analytic components removed. Amongst other things, this means that your 7S Plus will use a minimum of data when on the network.

The 7S Plus worked as you would hope it would. I used it on Echolink (for licenced radio amateurs only), Zello and briefly on Teamspeak. Zello and Teamspeak are open to being used by all radio enthusiasts, whether they have an amateur radio licence or not.

The audio quality of both ‘transmit’ and ‘receive’ was good. I found that there was adequate audio to use in the car. Of course, there is a GPS functionality included, which means that you can use the 7S Plus to find out your grid locator, use it as a SatNav and for many other applications (Fig. 2).

The GPS was sensitive enough to work quite adequately indoors and locked on fairly quickly.

Battery life seemed excellent; using the set on my daily commute for an hour or so each day didn’t seem to put much of a dent in the battery.

Charging is by means of a ‘standard’ mini USB plug. A charger is supplied with the set.

I mounted the 7S plus on a vent mount in the car to see how it would fare mobile. With my EE SIM in the set, I felt the set held the signal quite well, perhaps slightly better than the T-320 on the same network.

There was plenty of volume available and I did not note any distortion, even at higher volumes.

The 7S plus has Bluetooth, so you should be able to use a headset and a PTT button, should you wish to use it as a mobile setup.

As a network radio, the 7S Plus works well. The form factor makes it feel like a handheld radio and I enjoyed using it on Zello, Echolink and Teamspeak. The ‘debloated’ version of the firmware, as supplied by Moonraker, is a very positive feature, keeping the device secure and keeping data usage to a minimum.

As a handheld device, it will naturally be compared with the Inrico T-320 and similar devices.

However, assuming you cannot do that and if you are wondering whether the 7S Plus would be enjoyable and effective to use on network radio, then I’m happy to reassure you that yes, it would.

Thanks to Chris Taylor of Moonraker for the loan of the review unit and for patiently answering my questions. The 7S Plus costs £159.95 and is available from Moonraker Ltd.

Table 1 The Features of the Moonraker 7S PLUS (as supplied)

TF Card slot for up to 32GB

Micro USB for charging and connectivity