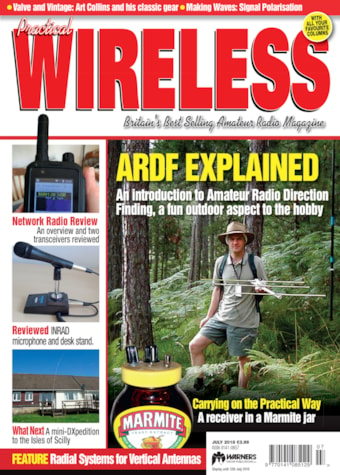 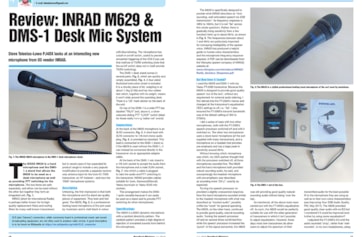 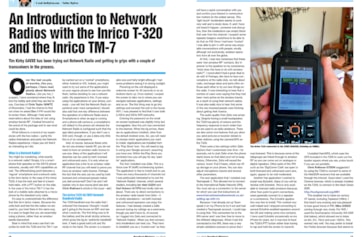 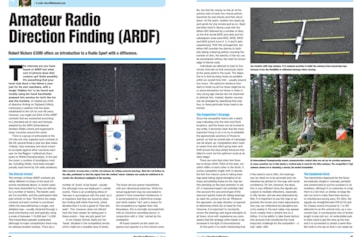 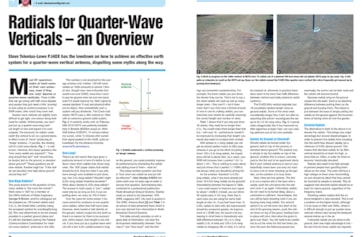 Available as a digital edition only

Don laments the passing of a regular contributor, revisits GDPR and reflects on a couple of topics in this month’s issue.

Feature – Network Radio
Chris Rolinson G7DDN addresses the question “What is Network Radio and why could it be good for amateur radio?”

Radials for Quarter-Wave Verticals – an Overview
Steve Telenius-Lowe PJ4DX has the lowdown on how to achieve an effective earth system for a quarter-wave vertical antenna.

What Next
Colin Redwood G6MXL reports on his one-man mini-DXpedition to the Isles of Scilly.

Doing it by Design
Eric Edwards GW8LJJ has yet another handy shack accessory – a versatile audio processor suitable for most types of microphone.

HF Highlights
Steve Telenius-Lowe PJ4DX reports on WRTC 2018 and the RAF Centenary activities, as well as bringing all the usual reader news.

Carrying on the Practical Way
Gary Andrews M0CWY is back with a Direct Conversion Receiver in a Marmite jar. You either love it or hate it!

Valve and Vintage
Ray Howes G4OWY relates the tale of Art Collins, engineer, entrepreneur and designer of some of the finest amateur radio gear of years gone by.

Kits and Modules
Geoff Theasby G8BMI has a couple of clock kits and also manages to squeeze in a voltmeter/ammeter.

The World of VHF
Tim Kirby G4VXE explains the basics of remote operating, has news of the developing sporadic E season and a report on activity from Walmart stores!

Readers’ Letters
Topics this month include D-STAR and Special Event Stations, the state of the hobby and some suggestions for great online resources.