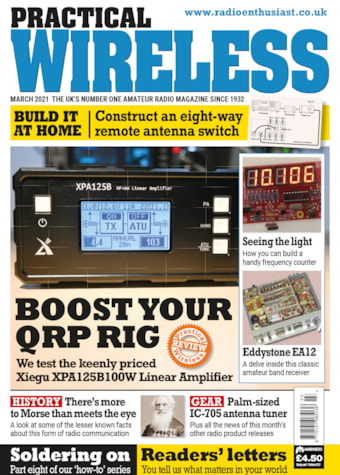 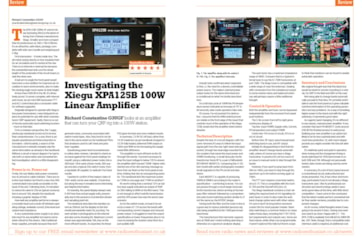 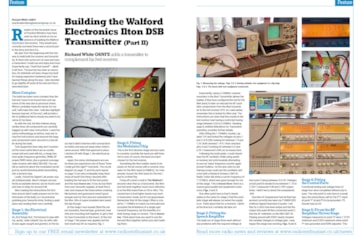 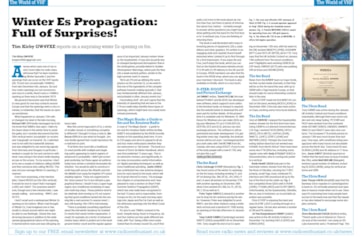 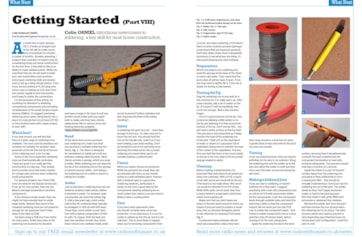 Lots to build: an 8-way antenna switch, a multiphase generator, a frequency counter and a kit from Walford Electronics. Plus two reviews and all the usual columns.

Don comments on the use of FT8 and FT4 before discussing the challenges and benefits of home construction.

Investigating the Xiegu XPA125B 100W Linear Amplifier
Richard Constantine G3UGF looks at an amplifier that can turn your QRP rig into a 100W station.

What’s a ZM-2?
Richard Constantine G3UGF sings the praises of a neat ATU for QRP operation.

Doing it by Design
Eric Edwards GW8LJJ describes a handy piece of test equipment for the shack.

The World of VHF
Tim Kirby GW4VXE reports on a surprising winter Es opening on 6m.

What Next
Colin Redwood G6MXL introduces newcomers to soldering − a key skill for most home construction.

Notes from a Small Station
Joe Chester M1MWD continues his quest to eliminate noise and accentuate the signals.

Morse Revealed, Part 1
Thought there’s nothing more to know about Morse Code? Think again as Mike Bedford G4AEE looks at some of the lesser-known facts about this remarkable form of communication.

Data Modes
Mike Richards G4WNC moves on to look at the FT4 digital mode and he’s also covering an upgrade to his RF network analyser.

Readers’ Letters
Topics this month include fuses, the thrill of radio, Pop Blundell and radio on a budget.