The Third Reich is Listening 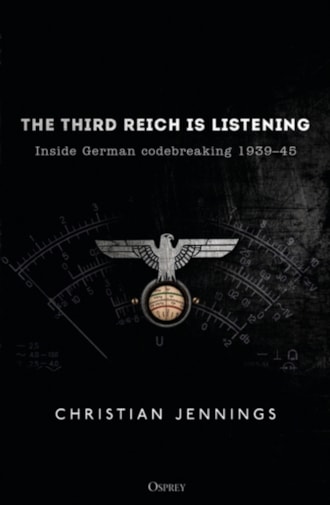 Cracking Enigma was only half of the story. Across the Channel, German intelligence agencies were hard at work breaking British and Allied codes.

The success of the Allied codebreakers at Bletchley Park was one of the iconic intelligence achievements of World War II, immortalised in films such as The Imitation Game and Enigma. But cracking Enigma was only half of the story. Across the Channel, German intelligence agencies were hard at work breaking British and Allied codes.

Now updated in paperback, The Third Reich is Listening is a gripping blend of modern history and science, and describes the successes and failures of Germany's codebreaking and signals intelligence operations from 1935 to 1945. The first mainstream book to take an in-depth look at German cryptanalysis in World War II, it tells how the Third Reich broke the ciphers of Allied and neutral countries, including Great Britain, France, Russia and Switzerland. This book offers a dramatic new perspective on one of the biggest stories of World War II, using declassified archive material and colourful personal accounts from the Germans at the heart of the story, including a former astronomer who worked out the British order of battle in 1940, a U-Boat commander on the front line of the Battle of the Atlantic, and the German cryptanalyst who broke into and read crucial codes of the British Royal Navy.