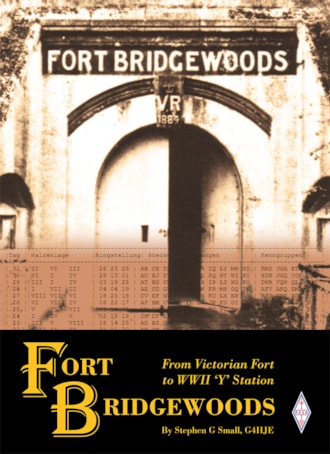 Fort Bridgewoods - From Victorian Fort to WWII Y Station sets out this fascinating story from its building to its final closure in 1968. The early role as Fleet protection in the late 19th Century and even its WWI activities are detailed along with the significant characters involved in its history. Read all about the highly secret WWII activity as a 'Y' Station which became one of the most important signal gathering stations in Britain's 'Enigma Code' breaking operation.

This is the book for you if you are interested in the radio interception technology of WWII and its pioneers.