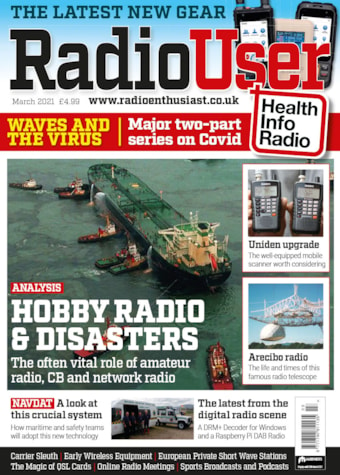 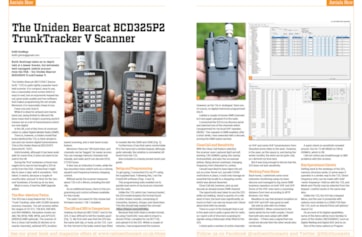 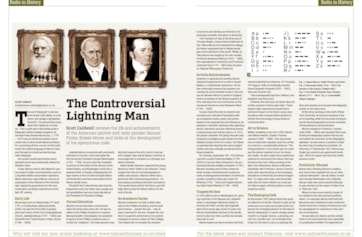 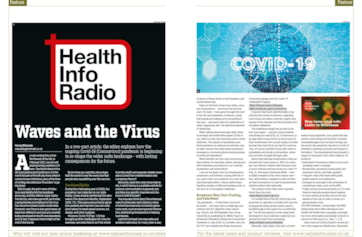 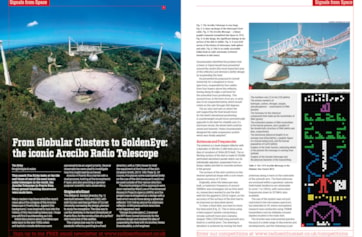 Emerging Issues in Radio
In her second contribution this month, Chrissy sifts through the major online radio conferences this year, introducing, and commenting on, some of the major players in the future of radio.

European Private Short Wave Stations
Stig Hartvig Nielsen has the latest details on the transmissions of major private European short wave broadcasters, as we inexorably move into the spring season.

Review: The Uniden Bearcat BCD325P2 TrunkTracker V
Keith Rawlings reviews the Stateside version of a richly-featured, but relatively unknown, handheld scanner, which will widen your listening horizons in several modes.

Review: The Magic Bands
Tim Kirby has had the opportunity to take a short peek at the latest book published by Don Field G3XTT, the editor of our sister magazine Practical Wireless. Here are his thoughts.

TV and Radio Past and Present
Keith Hamer and Garry Smith finish their mini-series about TV pioneer Paul Nipkow and offer a very special look at some early wireless equipment and the invention of the coherer.

Feature: The Radio Hobby in Emergencies
Peter Hyams demonstrates how communications through Amateur Radio, CB and Network Radio are of vital importance in dealing with both man-made and natural disasters.

History: Painter and Communications Pioneer: Samuel F. B. Morse
Scott Caldwell surveys the life and works of one of the most significant inventors and radio pioneers, whose views sometimes stood in the way of his success.

Book Review
In the first of his new two-page review column, David Harris examines an accessible new title on Digital Radio and a new biography by a well-known radio presenter.

Feature: Covid-19 and the Radio Scene (Part One)
In the first part of a two-part feature, the editor investigates the many ways in which the current Coronavirus (Covid-19) Pandemic is changing radio, for both professionals and listeners.

Digital Radio
In a Homebrew-Special, Kevin Ryan creates two practical projects: the Windows version of a DRM decoder, and a DAB board designed for the Raspberry Pi computer.

Book Review:
The editor is enthusiastic about his discovery of a very approachable new title on radio astronomy for novices and a beautifully-illustrated compilation of QSL cards as witnesses to history.

Signals from Space: The Arecibo Radio Telescope
Tim Kirby deplores the recent demise of a star among radio telescopes, taking this opportunity to review its role in a raft of scientific breakthroughs and discoveries.